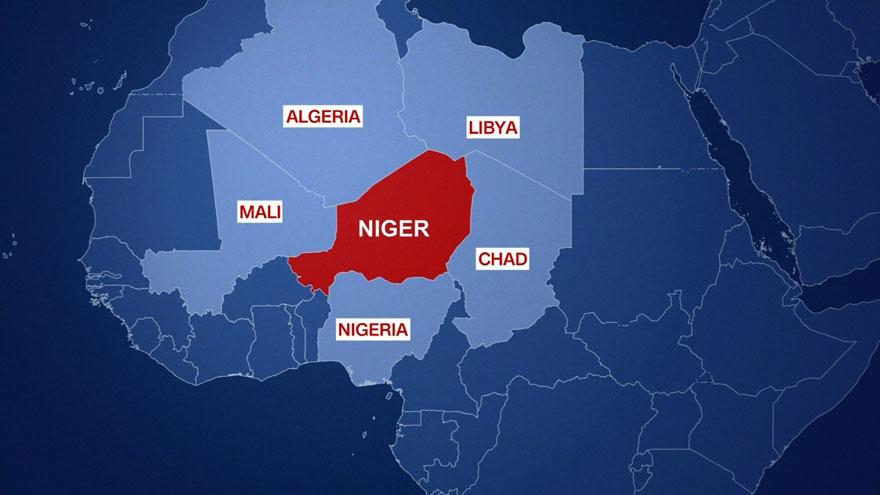 (CNN) -- A series of failures and deficiencies, including a lack of adequate training, contributed to the ambush last October that resulted in a Green Beret-led team being outgunned and overrun by more than 100 ISIS fighters in Niger, leaving four US soldiers dead.

"The investigation identifies individual, organizational, and institutional failures and deficiencies that contributed to the tragic events of 4 October 2017," a summary of a months-long military investigation into the incident, released by the Pentagon Thursday, said.

The document claims, however, that "no single failure or deficiency was the sole reason for the events of 4 October."

"The investigation team examined documentary, photographic, audio, video and testimonial evidence" the summary said, adding that the investigation team, which was led by a two-star general, "interviewed 143 witnesses, including survivors of the attack, one of whom accompanied the team back to the battlefield to explain what happened"

Additionally, the investigation found that prior to starting out on the ill-fated patrol, two junior officers, including an Army captain who remained at the base in Niger and the team leader, falsified a document to get approval for a mission to kill or capture a local ISIS leader. That mission was never approved by the proper chain of command, according to the summary. A much lower risk mission was instead submitted and approved. However, the team was unable to locate the ISIS leader during their unauthorized mission.

"The initial concept of operations submitted for this mission was not approved at the proper level of command," the summary said, referring to the military term for the proposed mission. The summary adds that the two Army captains "inaccurately characterized the nature of the mission," saying that if they had submitted the mission proposal accurately, it would have required the approval of more senior officers based at the battalion-level command in N'Djamena, Chad.

But Maj. Gen. Roger Cloutier who led the investigation. told reporters Thursday that the inaccurate submission "wasn't a deliberate intent to deceive" but rather the result of sloppiness.

Team did not complete key pre-deployment training or rehearsals

Despite going on this unapproved high-risk mission, the US soldiers "did not conduct pre-mission rehearsals or battle drills with their partner force" of Nigerien soldiers, according to the summary.

The summary also said that due to "personnel turnover during the year," the team was prevented "from conducting key pre-deployment collective training as a complete team."

While the team was unsuccessful in finding any enemy forces, after receiving new intelligence, the more senior officer overseeing operations based in Chad, despite not knowing the team's true mission, assigned the ill-fated team to provide backup to another group of US Special Operations Forces based in Arlit, Niger. Unlike the team that was ambushed, the US troops in Arlit were equipped with helicopters that could enable them carry out the type of air assault operation that is typical in high-value target missions.

Bad weather prevented that team from moving on the suspected terrorist camp. US drones observed the camp for hours and discovered that the site was now abandoned even before the team based on Arlit was sent in.

"There was no indication that the enemy was there even though team Arlit was going to fly in," Cloutier said.

Eventually the ambushed team was tasked with gathering intelligence on the ISIS suspect at the known-to-be-abandoned encampment, the head of US Africa Command, Gen. Thomas Waldhauser told reporters Thursday.

As expected, they did not encounter any enemy forces at the site, which had been under surveillance for at least five to six hours, and left the location. Waldhauser said that enemy contact was not anticipated when the team was sent to investigate the camp because it had been abandoned.

The team then began to return home, and the team leader ordered the drone that had been flying over the abandoned camp site to fly north to the Niger-Mali border in an attempt to discover any crossing points being used by ISIS, according to Cloutier.

While returning to their base, the team's Nigerien partner forces needed water so the convoy stopped near the village of Tongo Tongo to resupply. The team leader also met for several hours with local village leaders.

Immediately after departing the village at 1140 local time, the 12-member team and their partner Nigerien force were ambushed "by a large enemy force." One of the Nigerien vehicles appeared to depart the area immediately and the team radioed their headquarters saying they were under attack but not requesting support.

However, the summary says that team leader assessed that his combined force could defeat the threat and he and the commander of the Nigerien contingent led a flanking counter attack, killing four ISIS fighters. However, the team leader soon realized that the enemy force was much larger than anticipated and he ordered his troops to withdraw to the south.

It took a while to get everyone back in the vehicles because some of the forces had dismounted to put on body armor and engage the enemy, using M240 machine guns on the back the US vehicles to fire back.

"It was a total tactical surprise," Waldhauser said.

The convoy departed but it was at this critical moment that one of the vehicles carrying three of the US soldiers killed in the ambush became separated from the group. While the summary says that the rest of the US team saw one of the killed US soldiers, SSG J. Johnson, signal his understanding of the order to withdraw by giving a thumbs up, the vehicle with Wright, Johnson and Black became separated from the rest of the convoy.

Black was killed by enemy fire while Wright and Johnson attempted to evade on foot until they too were killed by the enemy after a long firefight.

Realizing that they were missing members of their team and after repeated attempts to reach them via radio, two volunteer soldiers from the rest of the US force attempted to return to the original ambush site on foot to find their teammates. But they soon encountered the enemy and entered a gun battle. Two more US soldiers were sent to find the original two volunteers and the four of them became separated from the group.

It was at this point that Sgt. La David Johnson became separated. While his surviving teammates believed Johnson received the order to withdraw, Johnson, along with two Nigerien soldiers, was unable to get into his vehicle due to enemy fire and was unknowingly left behind.

He and the Nigerien soldiers escaped on foot. The two Nigerien soldiers were killed and Johnson ran some 950 meters, taking cover behind a single tree. Johnson was eventually pinned down by an ISIS truck armed with a machine gun and he was killed by small arms fire.

"Johnson's hands were not bound and he was not executed but was killed in action while actively engaging the enemy" the summary said.

The driver of the last remaining American vehicle was shot in the shoulder and the team leader, who was riding in the bed of the pickup truck, was also hit by enemy fire, falling out of the vehicle. Despite being wounded, the driver of the last vehicle returned to recover the team commander.

Their vehicle became stuck in the mud but the team managed to reunite with the four soldiers that had gone searching for Black, Wright and Johnson. The team prepared for their final stand and fearing that they were going to be overrun, radioed for support and then destroyed their radios. The request for support, which "occurred 53 minutes after first contact" was the first request for aid the summary said.

The summary said that Nigerien ground forces and French aircraft "responded immediately." But ground units took about four hours to arrive due to their distance away, and the French Mirage jets were unable to locate the US troops on the ground due to the loss of communication but conducted several low-altitude flights, which the summary said likely helped save lives. French helicopters eventually evacuated the survivors.

A US drone arrived overhead about 90 minutes after the first reports of enemy contact.

The summary said that US and Nigerien forces as well as surveillance assets continued to look for La David Johnson until his body was found by a village elder.

"The Secretary of Defense and the Chairman of the Joint Chiefs of Staff concurred with the findings of the investigation and the recommendations of the AFRICOM commander," the summary said, saying that a number of recommendations were made to review training procedures and policies involving Special Forces soldiers on training missions in places like Niger.

"The Secretary has given the leaders 120 days to review these matters, identify other issues as appropriate, and provide a plan of action to successfully address them," it added.

Potential punishments and awards for action could come later the summary said.

Waldhauser said that Special Operations Command, which oversees US special operations forces, will determine whether disciplinary actions will be taken.

With regards to medals and other awards Cloutier said they would also be the responsibility of Special Operations Command.

"My finding indicates that there were numerous acts of extraordinary that occurred on that day. and they should be adjudicated as SOCOM deems necessary," he said.

Waldhauser said that some changes have already been made, including efforts to remind US troops in Africa that they are meant to be in a supporting role.

He also said that other changes included boosting firepower, surveillance and protection for American forces serving as advisers.

"We immediately directed that armored vehicles be given to those teams as an option," he said. "They should have the choice."

The full report of around 180 pages was withheld along with thousands of pages of evidence, including witness statements that the Pentagon says are still classified.

A 10-minute video recreation of the battle was also released, though a longer unclassified version that had been shown to family members of the deceased and members of Congress was withheld. Waldhauser said that officials were in the process of declassifying the longer report but did not know when it would be released.