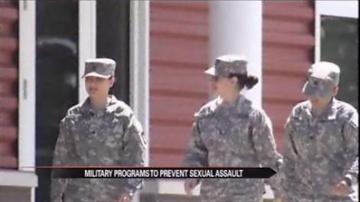 JOINT BASE LEWIS-MCCHORD, Wash. — The military is working to fight what is being called a 'plague of sexual misconduct.'

Troops at Joint Base Lewis-McChord in Washington state are tackling the topic of sexual assault prevention.

Some Army leaders blame the increase of assaults on a break-down of trust, something that they say is unacceptable.

A big part of helping victims starts with raising awareness about support programs on base.

"A lot of reports we are getting are a year, two, three years old," said Master Sergeant Carol Chapman. "I've even had one ten years old that's because now they know there's a program that's going to look into what happened."

The Pentagon released numbers earlier this year reporting close to 26,000 men and women in uniform were assaulted last year alone.