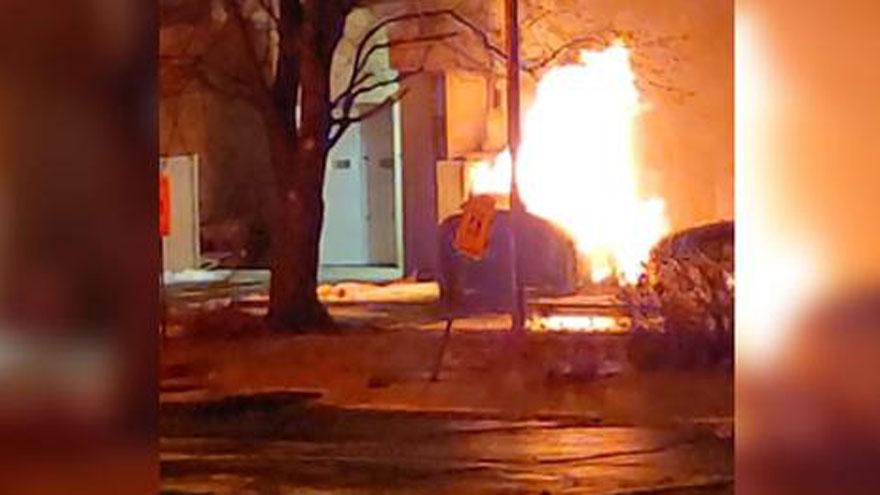 MILWAUKEE (CBS 58) -- The Milwaukee Fire Department issued an apology Tuesday night after his department failed to discover the body of a woman in a burned out car.

Milwaukee Fire Chief Aaron Lipski answered questions about the Sunday morning car fire in which his firefighters did not discover a burned body in the back seat.

A tow lot attendant found the body hours later, after the car was towed away to a city lot.

Chief Lipski made no excuses, saying his department missed the discovery of the victim in the back seat. "As we clearly did not locate the deceased victim on this scene, we failed in protecting that human dignity."

Early Sunday morning MFD was sent to put out a fully-engulfed vehicle fire that had spread to a nearby building. MFD's standard operating guidelines say firefighters should have searched the vehicle for life and other threats of fire, but that was not done.

Chief Lipski said, "It involves physically taking a tool if needed, if the smoke and steam is such that it causes visibility, and you enter and you search for two things. You're searching for life and you're searching for fire hidden in areas inside the car."

He said the department takes this situation very seriously, and acknowledged it exposed the victim's family to even more pain. "I want it to ring very clear that a search of a recently extinguished vehicle is our responsibility. And we failed to uphold that standard in this situation."

The medical examiner's office has not yet released a cause of death, but we asked Chief Lipski if there was a possibility the victim was still alive before the vehicle was towed away. He said out of respect for the family he'd answer in general terms. "I have never in my 25 years on the fire service experienced a person survive a fully-engulfed passenger compartment in a vehicle."

Chief Lipski says this kind of oversight has happened before, though usually at structure fires.

Click here to read the full story on CBS58