Mishawaka community joins fire and police for first-ever 'night out' 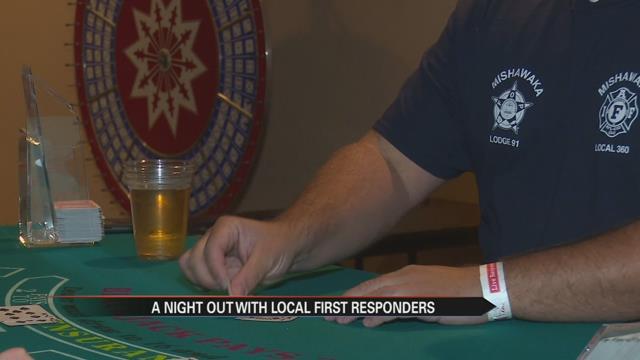 Mishawaka’s fire and police departments teamed up to host their first ever “night out.” Their goal is to show the community they’re just regular people.

Saturday night was the first time both departments worked together off the clock.

“I’ve been a police officer 20 years, and this is the first opportunity I’ve had to do something with the fire department together,” said Mishawaka police detective Matthew Porter.

They’re coming together so they can bring the community together.

Instead of doling out tickets, Saturday night, they were dealing out cards.

And the money people donate at the door will help out Mishawaka’s first responders.

“For the fire department, we’re creating a death and benevolence fund,” said the president of the Mishawaka Firefighters Local 360, James Elliott.

That fund would support firefighters and their families if they become sick or injured and can’t work.

“On the FOP side, it’s going to basically our members as far as legal defense,” said Porter.

And the community’s happy to help the men and women who protect them every day.

“Well I think it’s a great event for the community to come together for the FOP and the firefighters,” said Michiana native Mike Mynsberge.

“It just means a lot, because these guys really put their lives on the line for us, and so when the community comes together for a benefit like this, it’s really nice,” said Sally Kaufman, whose son is a firefighter.

They made more than $1,100 and sold more than 1,000 raffle tickets for the grand prize: a Harley Davidson motorcycle.