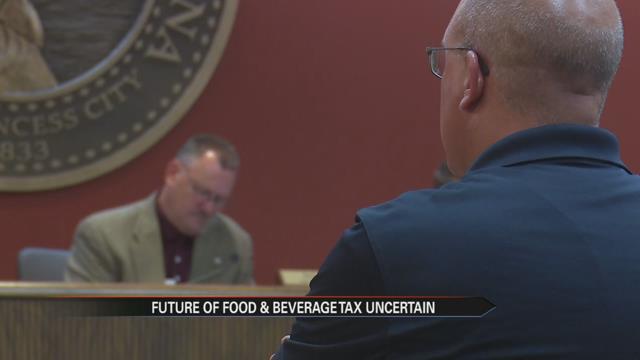 The city’s common council president is talking to ABC 57 News about the proposed food and beverage tax, it voted to explore back in March.

But the tax would have to be approved by state legislators first.

“It’s definitely worth us looking at it saying, ‘you know what, this isn’t the right tax, at the right time,’” said Common Council President Ron Banicki. “It’s a moving target, whether it will go anywhere, we’re really not sure.”

There was a bit of uncertainty about moving forward with the food and beverage tax plan Tuesday night, at least for Mishawaka’s council.

Just last week the council faced a tough reality: the chances of the tax being approved by state legislators were slim.

“Basically since 2005 there have only been two communities north of Indianapolis that have been approved. So it’s really an uphill battle if they decide to go that route,” said Banicki.

Many think lawmakers’ interests play a big factor in that battle.

A food and beverage tax was approved for Marion and surrounding counties in order to fund renovations for the Lucas Oil Stadium.

But there are quite a few projects that St. Joseph County could fund with this tax.

“Help some improvements whether it be for street, sewers, parks that’s a source of funding that’s been available for a few communities in the state,” said Banicki.

So this council now has to decide if rallying support for a seemingly hopeless bid to state lawmakers is worth it.

“Our intention at the end of these three meetings is to say ok, we want to send a recommendation to Indianapolis to say ‘hey, we’re interested in this tax, we need your blessing,’ or we get together and say ‘you guys, it’s just not worth it, we’ll just see what we can do about cutting other things and move on,” said Banicki.