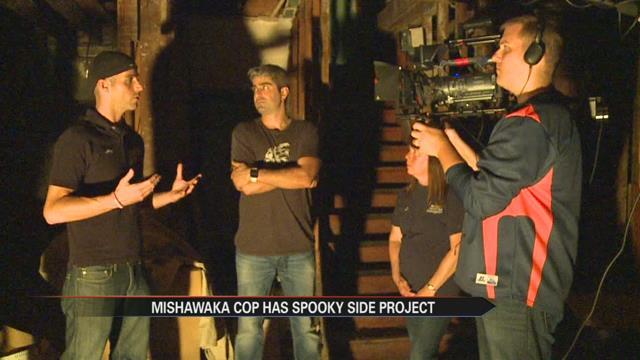 When Mishawaka police officer Jeff Price gets to a crime scene, it’s all about collecting evidence.

As a crime scene photographer and technician, Price says he loves what he does.

But it isn’t always easy.

“It can be a very strenuous job sometimes. You see the worst of the worst and sometimes the best of the best,” Price said.

So Price has a side project outside of work.

It’s group complete with all the equipment you could imagine, and even a resident medium, Rick Bunch.

“Paranormal is all around us. Sometimes we don’t see it. We don’t partake and realize it’s there,” Bunch said.

The investigators work for free to ease the minds of property owners.

Price has been hooked since his first experience, picking up a mysterious whisper in a Mishawaka home.

Creepy noises, and mysterious movements aside, Price says he doesn’t know what he believes.

But he has seen the difference he’s making for his paranormal clients.

“If we can find some explanation for what they’re experiencing whether it’s paranormal or not, it gives them peace of mind. It makes them feel better,” Price said.

That’s why it’s more than just a hobby.

“You try to do a paranormal investigation kind of like you would do a crime scene,” Price said.

Each investigation is complete with videos, constant communication, and caution, like a crime scene.