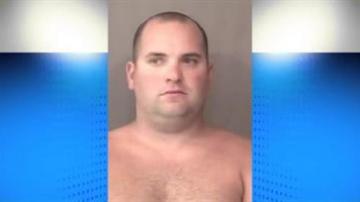 MISHAWAKA, Ind.-- A Mishawaka firefighter was arrested on James Lake for operating a watercraft while intoxicated on Saturday.

27-year-old Nicholas Ponsler confirmed that he works for the Mishawaka Fire Department but he declined to comment on this weekend's arrest.

In the official release it states that Ponsler was booked in the Kosciusko County Jail with a blood alcohol content over .08.

Indiana Conservation Officer Jerry Hoerdt said it was part of an operation to ticket minors consuming alcohol at the James Lake sandbar.

Hoerdt said, “We ended up charging 16 people with minor consumption of alcohol. We made one boating while intoxicated arrest and issued two infraction level boating citations which is basically like a speeding ticket.”

The Mishawaka Fire Department declined to comment on the incident on Monday.