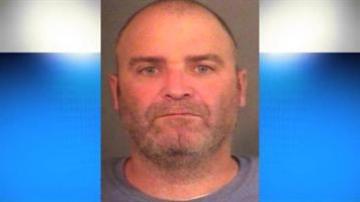 MISHAWAKA, Ind.-- A Mishawaka firefighter is facing felony charges. He's accused of endangering the welfare of his 6-year-old son and not cooperating with police when they arrived at his home in Osceola over the weekend.

Mishawaka firefighter Eric Hazen is facing three charges after an incident that occurred at his home in Osceola over the weekend. He's charged with neglecting his young son by endangering his health, intimidating the police officer who performed a welfare check at the home and resisting arrest.

ABC57 news went to speak to Hazen at his home in Osceola Wednesday. We rang Hazen's door bell several times, but no one answered. However, a man was inside the home and a truck sat in the driveway.

ABC57 is trying to figure out how Hazen endangered the health of his son. Because the case has been turned over to the special victims unit, ABC57 was told the police report will not be released.

We do know that Eric Hazen was in jail for a short time and bonded out of jail on Sunday with a bond of $750. Mishawaka fire department's placed him on paid leave for the time.
The city's staff attorney Geoff Spiess says once the fire chief learns more of what happened, they will decide his discipline within the department.

If Hazen is suspended, demoted or terminated, he could appeal for a hearing before the Board of Public Safety.