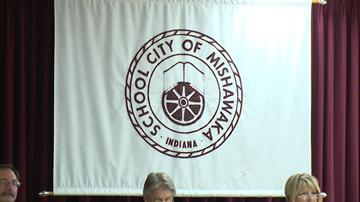 MISHAWAKA, Ind. – At their meeting on Tuesday night the board of School City of Mishawaka accepted the resignation of Mishawaka High School Wrestling Coach Darrick Snyder after a sex scandal in which members of the team are accused of sexually assaulting a team mate.

Snyder has been on leave since accusations surfaced last December that six members of the team forcibly sodomized a team mate in 2010.  In the aftermath Snyder was put on leave but received support from team members, parents and friends who protested his being removed from his job as a coach and history teacher and demanded Snyder’s reinstatement.

Now that the school board has accepted Snyder’s resignation, officials hope Mishawaka will be able to put the scandal behind them.

Two members of the team have pleaded guilty to their role in the assault, two have been found guilty at trial and two are awaiting trial in late May.