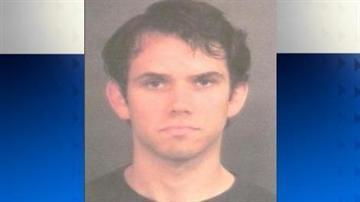 SOUTH BEND, Ind. -- ABC 57 News first brought you this story in early June, when a Mishawaka city employee was arrested and put on trial.  26-year-old Andrew West was charged with five counts of sexual misconduct.  Police say he made sexual advances toward two 15-year-old girls.  West worked for the Department of Community Development.  His trial began on Sept. 13.

According to court documents, the victims told detectives with the Special Victims Unit that some of the incidents happened at a hotel and the Mishawaka City Hall.  Prosecutors say West admitted to touching and fondling the victims during an interview with investigators.  He also admitted that he knew that both girls were underaged at the time.

Monday morning, ABC 57 News got word from the Prosecutor's Office that West plead guilty to two counts (one count for each victim).  He plead to:

The three remaining counts, all C felonies, will be dismissed at the sentencing date as part of his plea agreement.  The sentences will be served consecutively.  The State and defense teams will be free to argue their positions of what an appropriate sentence for the West will be.

The maximum sentence he could receive is 28 years, as the sentence for a class B felony is six to 20 years and a class C felony is two to eight years in prison.  The minimum would be eight years.

West will also have to comply with all sex offender-specific terms of probation once his time is served.