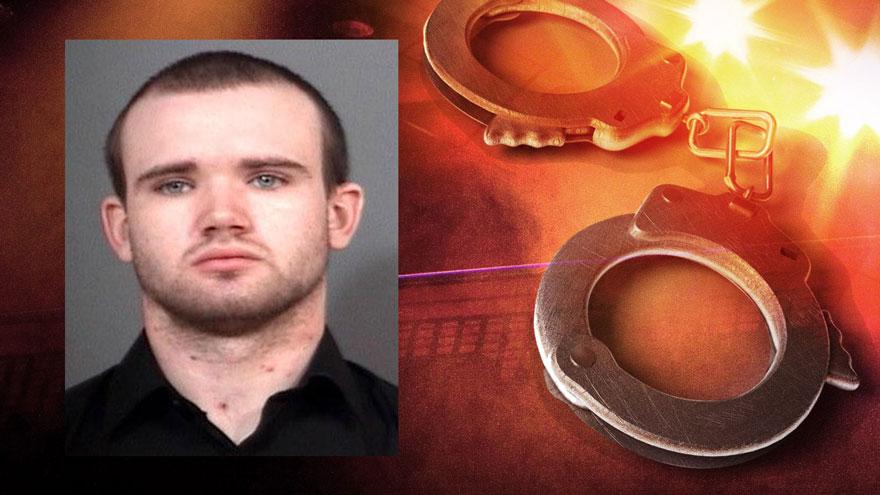 SOUTH BEND, Ind. -- An Elkhart man was arrested on federal charges for allegedly throwing two pipe bombs out his vehicle window while in Mishawaka, causing road and business closures.

Investigators say Jacob Ryan Underwood, 22, was charged with possession of a firearm, namely a destructive device, which is not registered to him.

He is accused of taking two pipe bombs and tossing them out his vehicle window at Grape Road and Indian Ridge Boulevard in Mishawaka on January 29.

Investigators received information Underwood claimed he made the pipe bomb located in January in Elkhart and that he claimed ownership of a pipe bomb found in a mailbox in Marshall County, according to the criminal complaint.

While executing a search warrant at Underwood's home, police found several rounds of ammunition, a shotgun, black electrical tape, and a large garbage can that appeared to have been damaged by an explosive device.

Underwood allegedly admitted to helping create one pipe bomb and watching two other pipe bombs being made.

He admitted to taking two of the pipe bombs and throwing them out the window in Mishawaka on January 29, although he could not remember the exact date, according to the criminal complaint.

Underwood denied any involvement with the pipe bombs located in Marshall County.

“Destructive devices, such as pipe bombs, are not only illegal, but present an imminent danger to life and property. The US Attorney’s Office will continue to aggressively prosecute those who possess and attempt to detonate devices like these," US Attorney Thomas L. Kirsch II said.