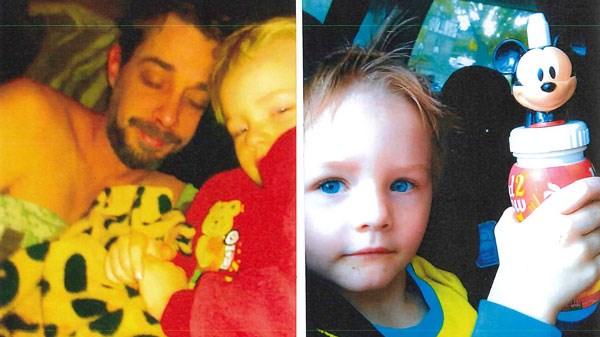 The Mishawaka Police Department is asking for the public's help in locating a man and his son. They have not been seen since Saturday, November 14.

According to police, 35-year-old Brent Calentine and his 3-year-old son Aaron Calentine were last seen leaving their home around noon, Saturday.

Brent has not been to work since Friday and has not made any attempt to contact family members.

Police say Aaron was not wearing a jacket or shoes when he left the house with his father.

Brent drives a navy blue 1995 Oldsmobile 4 door and is known to stay at local hotels.