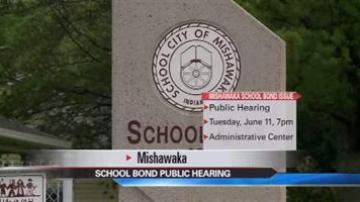 MISHAWAKA, Ind. — School City of Mishawaka is considering a new bond proposal to help pay for improvements on the district's schools and now they are asking for the public's opinion.

Mishawaka Trustees are set to host a public meeting on Tuesday, June 11 at the district administration center on South Main Street in Mishawaka.

The district says it is considering a facility improvement project that would cost more than $1 million.

School City officials did not specify which buildings or facilities would be affected.