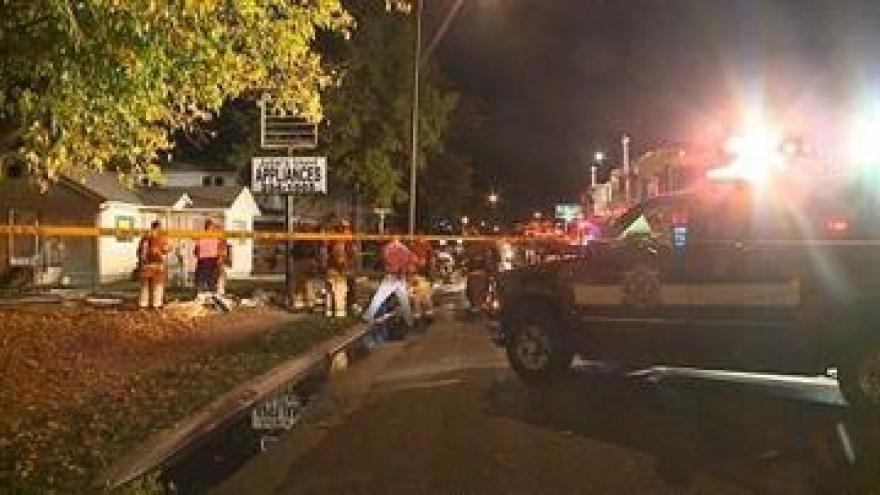 MISHAWAKA, Ind. -- A fire ripped through Julie’s Used Appliances, on Lincolnway West in Mishawaka Monday night, but while investigators could not confirm whether it was arson, the store owner told ABC 57 she is confident someone started the fire intentionally.

“I don’t know who’s done this. This is the third time they’ve tried to burn the building down,” said Julie Allouch..

Investigators did not confirm whether they, too, are calling the fire an arson, but Allouch said she’s talked to police, and a detective had stopped by before Monday night’s blaze.

“Whoever did this, you’re going down. To the full extent to the law! And I’ll make sure of it,” she said.

But while Allouch said she has no clue as to who would set her store on fire, what really matters is that her eight employees are now unemployed.

“All the people that work for me. And the look on their faces. You know, we’re all just like a big family. And I hate that everybody is going to lose their job over this,” said Allouch.

Several employees lined the yellow tape, watching smoke billow out from the store.

Gary Diller, who has worked with Allouch for six years, said he is clueless as to where to go from here.

“No idea what’s going to happen. My birthday is Saturday. I got Christmas coming up. And I have no job,” said Diller. “I feel like I’m screwed. It’s as simple as that. I’m screwed. “

Ester Escobedo worked part time for Allouch and said she is sad so many good people will lose their jobs because of the fire.

“Devastating. She’s a wonderful person. She always, I mean if I needed anything, she was always helpful. She’s great to work for,” said Escobedo.

Allouch said while the flashing red lights and yellow tape will soon be gone, she won’t stop fighting to catch whomever started the fire. She said she is so sure it was arson, she’s personally offering a cash reward.

Three engines, two trucks, and one rescue vehicle responded to the fire at 7:50 p.m. on Monday.

No injuries were reported, and flames were knocked down within the first few minutes.

The building sustained heavy smoke damage in the back, where the appliances are repaired.