Mishawaka wrestler sentenced in sex assault, will be allowed back at school 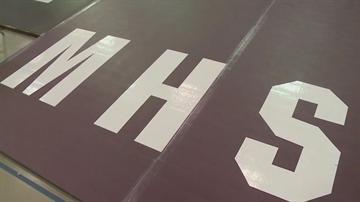 SOUTH BEND, Ind. – The first of six Mishawaka High School wrestlers charged in the sexual assault of a teammate was sentenced in juvenile court in South Bend on Wednesday.

The six wrestlers are accused of forcibly sodomizing a fellow team member with a broom stick at Mishawaka High School in the spring of 2010.  The teen, who has not been named because he is a juvenile, was found guilty of taking part in the attack by cheering the others on.  He’s been sentenced to a 60 day suspended sentence, 20 hours of community service, at least 6 months of probation and must write a letter of apology to the victim.

The judge said part of his consideration on the sentence was based on the fact that the teen did not play a large part in the attack and that he had no criminal record prior to the incident.

In court it was announced that School City of Mishawaka will allow the teen to return to the school next fall and he will still be allowed to be on the wrestling and football teams.

Courtroom statements also explained that the victim, who also will not be named, has been traumatized by the attack, has left Mishawaka High School and wishes to leave Mishawaka as well.

The wrestler sentenced on Wednesday is one of four who have either pleaded guilty or been found guilty at in court.  The remaining two are still awaiting trial.