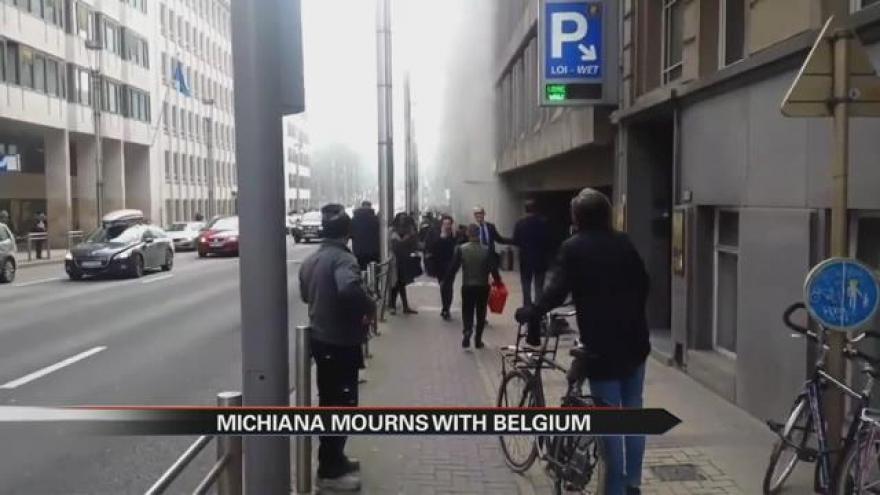 Odette Fobe flipped through an old book as she reflected on coming to America back in 1951.

“I was born and raised in Belgium. I came here when I was about 14,” Fobe said.

She’s lived in Mishawaka ever since.

Her parents, Adolph and Maria, founded The West End Bakery.

It is still open to this day.

But throughout the years her family and friends back home in Belgium, have remained dear to her heart.

“It pains me that Belgium is in the midst of all this,” explained Fobe.

Tuesday at least 34 people were confirmed dead and 230 injured, following the attacks at Brussels’ International Airport and a subway station.

“It is saddening that so many people have to get hurt,” Fobe said.

She isn’t alone in her grief.

The BK Club in Mishawaka serves as an important social hub for Belgian natives.

The club is home to more than 600 members.

People are frustrated, as it seems there is no end in sight for these deadly terror attacks.