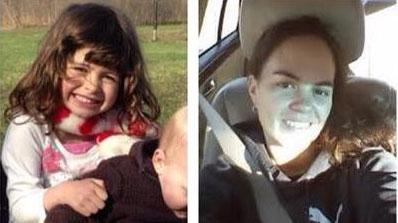 The 5-year-old girl who had been missing since Nov. 1 has been found safe in a suburb outside Chicago.

Eingorn was arrested on state and federal  kidnapping charges and was booked in the Dupage County jail in Illinois.

Hallen's biological father and his parents have custody of her. The girl's grandfather dropped her off over the weekend to spend time with her mother.

When they came back to pick her up, they found both the mom and daughter were missing, with a note saying she had taken the girl with her.

Right now, Hallen is back with her grandparents and was unharmed.