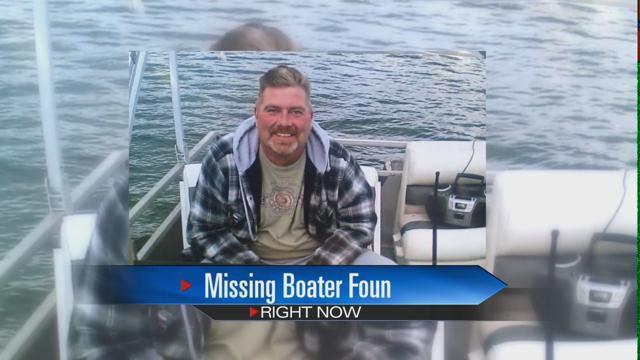 The man who was reported missing after his pontoon boat blew up on the shore of Diamond Island in Cassopolis, Michigan, has been found alive.

The Cass County Sheriff's Office began searching for Kurt DeYoung, 46, after the boat blew up and DeYoung could not be located.

The sheriff's office said DeYoung was working on the motor and may have fallen overboard while attempting to restart the boat.

A search for DeYoung has been ongoing since Saturday.

He was located Tuesday afternoon on the shore of Diamond Island, not far from where his pontoon boat was recovered.

DeYoung was incoherent and was unable to explain what had happened to him.

He was taken to the hospital via ambulance.

After he was treated, the sheriff's office spoke with DeYoung. He told them he was out fishing on Wednesday when his motor stopped working.

He said he stayed on the boat until it drifted across the lake, where it was found on Saturday.

DeYoung said his phone was dead and he was cold, so he looked for a place to get out of the weather.

He said he found a residence with an open door and doesn't recall anything after that.

Deputies said DeYoung takes numerous medications and has not been on those medications since Wednesday.

The residences on Diamond Island were checked Saturday and Sunday and the doors appeared to be secured at that time, according to deputies.