Missing Indiana priest has been found 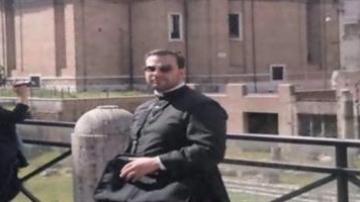 INDIANAPOLIS, Ind. -- A missing Indiana priest has been found safe and his family says he is on his way home.

Father Christian Kappes and his translator disappeared on Septeber 30th in Greece. He had spend the last 3 year studying in Athens.

Right now few details about his disappearance are being released but church members say they are prayers have been answered.

"He is safe, he is alive, thanks be to God" says Father Williams, Church of the Holy Names of Jesus.

Before Kappes vanished he told his family he had received threats and feared for his life.