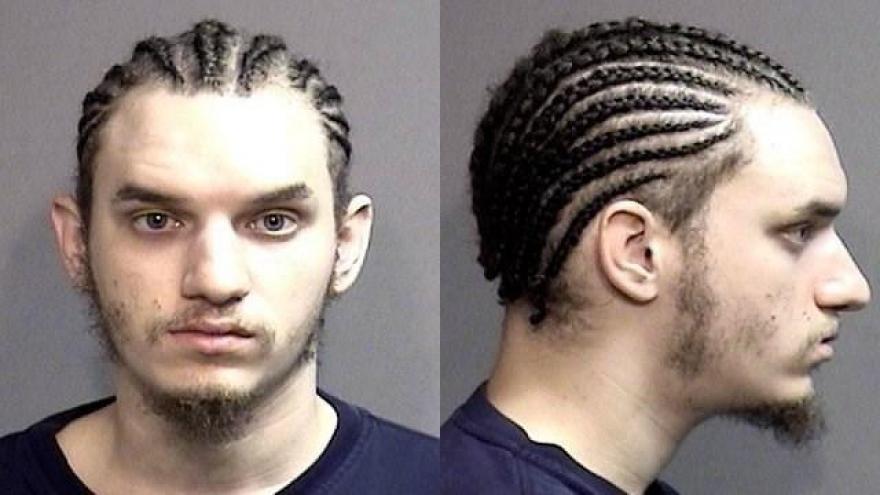 (CNN) -- A 25-year-old Columbia, Missouri, man was charged with attempting to provide material support to people he thought were ISIS-inspired terrorists, according to the US Attorney's Office.

Robert Lorenzo Hester Jr. was actually speaking with undercover FBI agents who had invented a fake plan targeting Kansas City, according to a criminal complaint.

Hester, a US citizen born in Missouri, said he was "down" with that plan, according to the complaint.

"First on social media, then during face-to-face meetings with an undercover FBI employee, this defendant repeatedly expressed his intent to engage in acts of violent jihad against the United States," U.S. Attorney Tammy Dickinson said in a statement.

The investigation began when the FBI was tipped off to Hester's social media posts, in which he suggested an adherence to radical Islam and violence, according to the Department of Justice.

In messages with an undercover FBI agent, Hester said the US government should be "overthrown" and wrote that he wanted "global jihad," officials said. The agent then asked the suspect to buy a list of items, including duct tape, copper wire and roofing nails, which would "bring some kind of destruction," the undercover agent wrote.

Hester delivered that list of items to an undercover agent, and the agent then showed him several firearms and pieces of pipe set up in the manner of pipe bombs, according to the complaint.

Several times during the meeting, Hester affirmed that he was "down" with the plan, according to the US Attorney's Office.

Later, in encrypted text messages, he told an undercover agent that it was "time they answer for their atrocities" and predicted it was "going to be a good day for Muslims worldwide," according to the US Attorney's Office.

He also offered to provide more "gifts" to the agent when he got paid.

Hester was arrested on February 17 after another meeting with an undercover agent. If found guilty, Hester could face up to 20 years in prison.