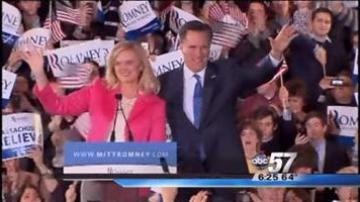 He won six of 10 states and earned 40-percent of the delegates.

Now, Romney has twice as many delegates as his rivals.

Rick Santorum and Newt Gingrich vowed to stay in the race, but analysts said the math makes it almost impossible for them to get the nomination.