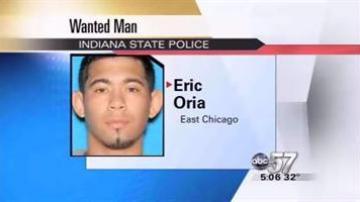 INDIANA -- He is known for getting a one-up on his opponents in the cage, but his newest exclusive move, has police looking for him.

A warrant was issued for Oria after her didn't show up for a criminal recklessness charge in Lake County Court.

The 24-year-old was supposed to make his professional debut at an MMA match on Friday, but he withdrew for so-called medical reasons.