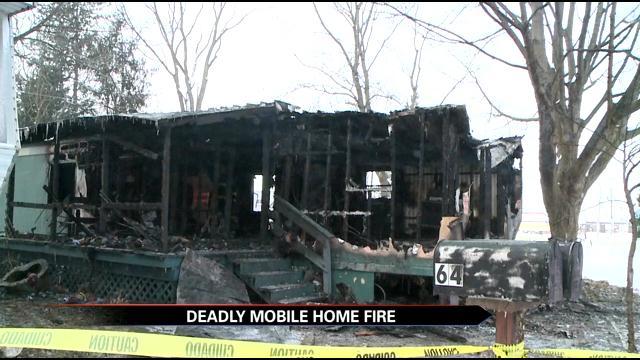 A fire ripped through a mobile home Wednesday morning and killed two young boys. Their mother is in the hospital in Kalamazoo because of injuries from the fire.

A neighbor who saw the home on fire tried to help. She ran to the back door but was unable to pry the door open.

The grandmother of the 2 and 4 year old victims came to the scene and the sight of the home brought her to tears.

It was supposed to be a fresh start for the mother, Antonisha.

Antonisha's cousin Michael Phelps said her children were what drove her to be the best mother she could be.

"Her biggest motivation in this whole world its just horrible to see something like that happen to our little cousins," said Phelps.

He says he is in disbelief that something like this has happened.

"Like even right now at this moment I can't comprehend that something like this is really happening," said Phelps.

He believes his cousin did everything she could to get her children out of the burning home.

"She has burns on her because she was trying to get into the house and save her kids," said Phelps.

Fire crews are still trying to determine the exact cause of this fire.