Monk seal pup spotted with knife in its mouth 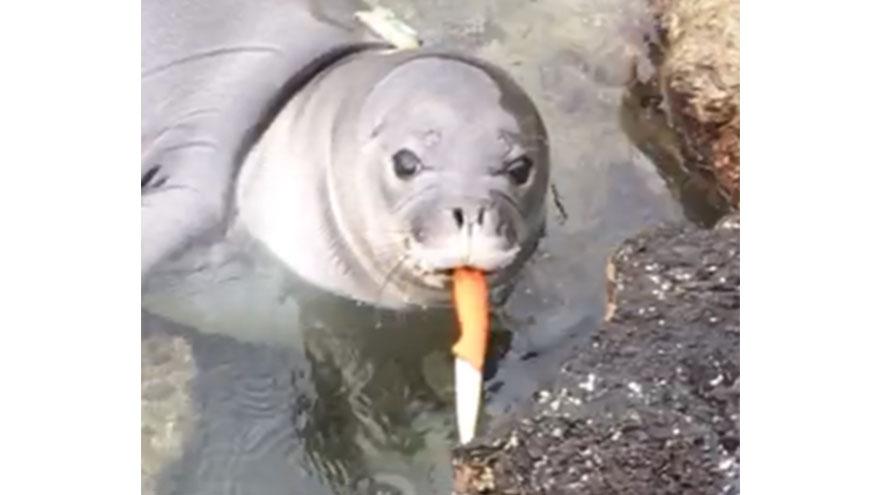 Hawaii's Department of Land and Natural Resources posted a photo to Facebook of a monk seal with a knife in its mouth to remind people to properly dispose of trash.

After the monk seal pup weaned from its mother, the Marine Mammal Center at Kailua-Kona and officers from the DLNR Division of Conservation and Resources Enforcement (DOCARE) had been monitoring the pup's health and growth.

On Sunday, the observers noticed a bright orange object in the pup's mouth.

After a short time they realized it had a knife handle in its mouth with the knife sticking out.

Observers were concerned it would swallow the knife. At one point, the monk seal dropped the knife under the rocks and it was retrieved.