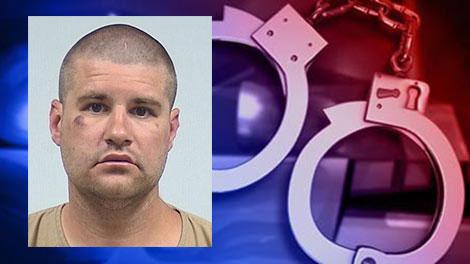 A moped driver was arrested for operating while intoxicated after witnesses saw him fall off the moped, according to the Elkhart County Sheriff's Department.

On May 23 just before 4 p.m., a caller reported a man who appeared to be intoxicated was driving a moped at US 33 and CR13 and had fallen off.

Twenty minutes later, another caller reported the man, later identified as 32-year-old Casey Jon Gose, was in the 7-Eleven at CR20 and CR9 and was intoxicated.

The moped driver was located outside the 7-Eleven attempting to start his moped, according to deputies.

Deputies said he appeared to be heavily intoxicated and was transported to Elkhart General Hospital.

His blood was drawn and toxicology tests are pending.

Deputies said while at the hospital, he threatened bodily harm to the arresting officer.