More than 12,000 cases of Pillsbury flour recalled over salmonella concerns 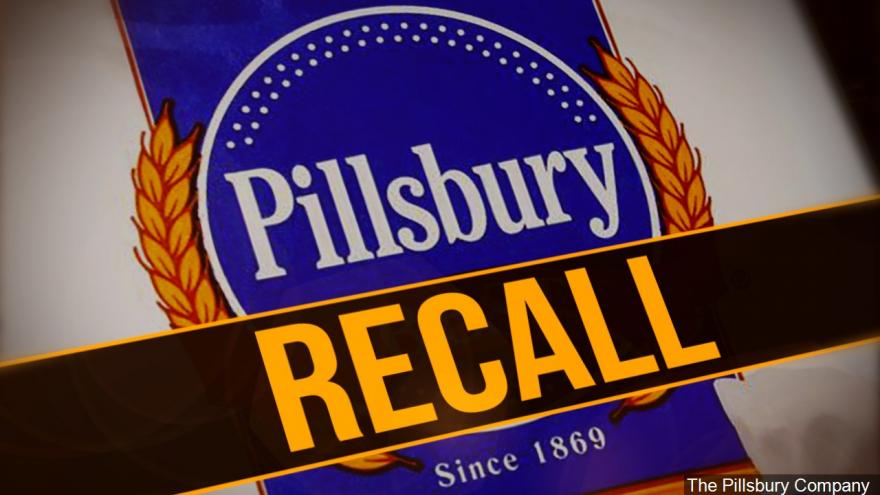 (CNN) -- Hometown Food Company issued a voluntary recall for select Pillsbury Unbleached All Purpose Flour products, amid concerns they may be contaminated with salmonella, the US Department of Agriculture said.

About 12,185 cases of the impacted flour were distributed through a limited number of retailers and distributors, including Publix and Winn-Dixie, according to the USDA.The lot codes on the recalled products are 8 292, with a "best if used by" date of April 19, 2020; and 8 293 with a "best of used by" date of April 20, 2020 according to a USDA tweet.

Winn-Dixie said there have been "no reports of illnesses associated with this recall," but Publix urged consumers who have purchased the affected flour not to consume it.

"These products should be thrown away or returned to the place of purchase for a refund," the Publix statement said.

And this is why you shouldn't eat raw flour

The US Food and Drug Administration used this recall as an opportunity to remind consumers to "never eat raw dough when making cookies, etc." adding that flour may contain bacteria that could cause disease.

Back in 2016, the agency, along with the Centers for Disease Control and Prevention investigated an outbreak during which dozens of people were sickened by a strain of bacteria called Shiga toxin-producing E. coli O121.

The investigation found rough dough that was handled or eaten by some of the patients contained the same bacterium that was making people sick -- and as a result, 10 million pounds of flour were recalled.

That's because, the FDA says, it's not only the danger of raw eggs in raw dough that makes consumption dangerous, but also of raw flour.

"Flour is derived from a grain that comes directly from the field and typically is not treated to kill bacteria," Leslie Smoot, Ph.D., a senior advisor in FDA's Office of Food Safety said in an FDA statement.

The grain in the fields may be contaminated with bacteria from animal waste -- and ways to kill that bacteria include "boiling, baking, roasting, microwaving, and frying" the flour.

"And don't make homemade cookie dough ice cream either," the FDA warns. "If that's your favorite flavor, buy commercially made products. Manufacturers should use ingredients that include treated flour and pasteurized eggs."