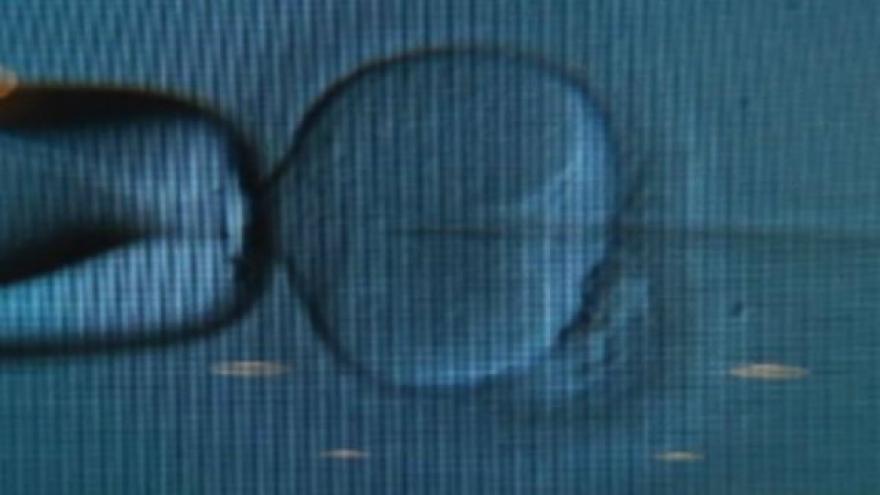 An Ohio fertility clinic says more than 4,000 eggs and embryos were affected by a freezer malfunction, double the number previously thought -- and that it\'s unlikely any of them are viable. Photo courtesy CNN

(CNN) -- An Ohio fertility clinic says more than 4,000 eggs and embryos were affected by a freezer malfunction, double the number previously thought -- and that it's unlikely any of them are viable.

In a letter sent to the families, dated Monday and obtained by CNN on Tuesday, University Hospitals said it was sharing the updated information with a "heavy heart."

"The technical manner in which the eggs and embryos are stored in these freezers complicated our initial determination of how many patients and specimens were affected," the letter stated.

At the time of the failure, the clinic said it was unable to determine right away whether any of the eggs and embryos were still viable. In the letter this week, it said, "We are heartbroken to tell you that it's unlikely any are viable."

The malfunction occurred when temperatures unexpectedly fluctuated in the liquid nitrogen storage tank where the eggs and embryos were stored, University Hospitals said.

An investigation revealed that the remote alarm system on the tank, designed to alert an employee to changes such as temperature swings, was off.

"We don't know when the remote alarm was turned off, but it remained off through that weekend, so an alert wasn't sent to our employee as the tank temperature began to rise on Saturday night, when the lab isn't staffed," the letter said.

"An alarm should have been sent and received," it continued. "We don't know who turned off the remote alarm nor do we know how long it was off, but it appears to have been off for a period of time. We are still seeking those answers."

The tank in question had been experiencing "difficulty" for several weeks before the failure, the facility said in its letter this week. There were problems with the automatic filling of liquid nitrogen into the tank, so employees were having to fill the tank manually.

The facility said that, at the time of the failure, it was working with the tank manufacturer on how to correct the problem. In the meantime, it had begun the several-week process of transferring all specimens to another storage tank -- though when the failure happened, no specimens had yet been moved.

When it last checked the nitrogen levels before the failure, they "appeared to be appropriate," the facility said, "but we now suspect that may not have been the case."

"We do not yet know if this fill process may explain the rise in temperature over the weekend," the letter said. "This investigation continues."

University Hospitals said it takes responsibility for the failures and "we are so sorry that our failures caused such a devastating loss for you."

It said is has offered its affected patients tailored medical services. It also promised to refund paid storage fees and waive storage fees for the next seven years.

New storage tanks and new alarm systems are now in place, it added.

"We know that words are not enough," the letter concluded. "Our actions must now speak for us. We hope our actions will restore your trust in us."