More than one million ordered to evacuate, region expects month of rain in one day 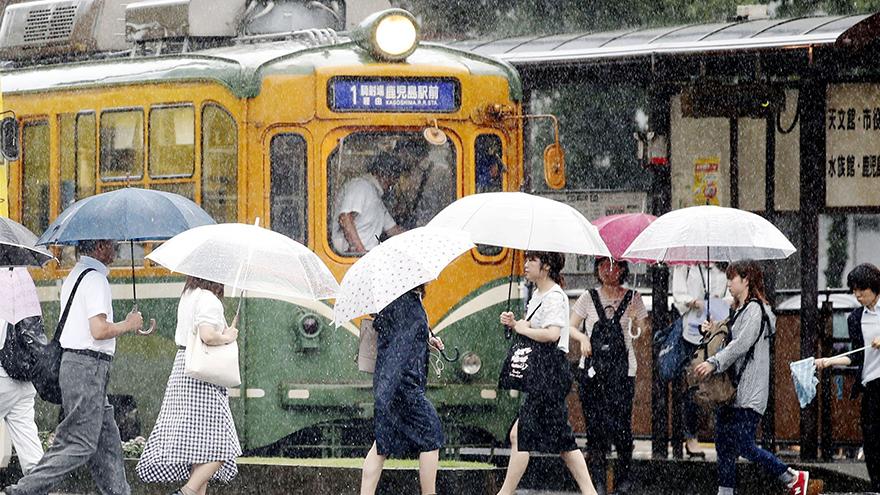 (CNN) -- More than 1 million people in southern Japan were ordered to evacuate Wednesday, as the region braced itself for a month's worth of rain in a single day, according to local officials.

The Japanese island of Kyushu, inhabited by 13.3 million residents, is expected to be lashed by more than 350 millimeters (13.7 inches) of rain Thursday. That's more than the island's average rainfall of 319 millimeters (12.5 inches) for the entire month of July.

Parts of Kagoshima prefecture, on Kyushu, could see more than 80 millimeters (3.1 inches) of rainfall per hour, forecasters warned. Japan's Meteorological Agency said a number of places within the prefecture, which has a population of 1.6 million people, were at risk of landslides and flooding.

One woman died earlier this week due to a landslide in Kagoshima city, according to government officials.

"Please be alert to landslides, low-land flooding and flooding of rivers," the Japan Meteorological Agency's Ryuta Kuro said at a press conference Wednesday.

Officials are strongly urging residents to leave the area, but so far authorities estimate that only a little over 1,700 of the more than 1 million advised have chosen to seek shelter.

After a ministerial meeting Wednesday, Japanese Prime Minister Shinzo Abe tweeted that an additional 14,000 staff from the Japanese Defense Forces (SDF) have been deployed to assist emergency responders.

From early June to late July, Japan traditionally experiences a rainy "baiu" season, as humid air from the south converges with cooler, drier air from the north.

In the past, the baiu season has caused devastating natural disasters.

Last July, at least 200 people died after torrential rains triggered landslides and flooding in one of the deadliest disasters since the 2011 earthquake and tsunami.