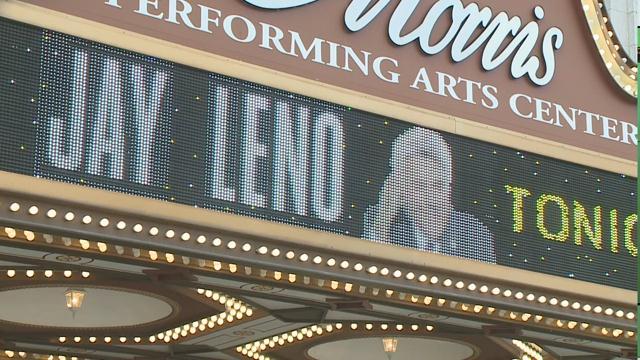 Another big name was in South Bend Thursday night, as Jay Leno performed in front of thousands at the Morris Performing Arts Center.

The venue helps bring in millions of dollars in revenue to South Bend every year.

How do they get such big names?

The Morris has always attracted big names, and Thursday is no exception with Leno.

“He's a name that resonates with a lot of generations,” said Andres.

He said his team knew they had to land Leno.

“Oh, Jay Leno's on the road, we'd like to bring him here,” said Andres.

How they did it?

They leaned on Leno with a famous asset that helped lay the foundation for the city.

“Jay Leno collects cars, he's got over 100 cars and 60 motorcycles, and what do we have here? The Studebaker Museum,” said Andres.

It is just one of many things the team at the Morris believes South Bend can offer big name talent; talent that helps the theater collect tickets.

“We're ranked among the top theaters worldwide based on ticket sales,” said Andres.

Tickets that translate into about $10.5 million for the city of South Bend each year and thousands of smiling faces.

“I'm a fan of the Morris and when they said Jay Leno was coming, I bought tickets right away,” said Matt Redemaker, he traveled from Michigan City to see the comedian and talk-show host.

Thrilled by their chance to see a well-known name in a flourishing city, Andres says he goes home every night, feeling like he and his team put on for the city.

“I don't show it in my face? We're excited, my staff, our group, we work extremely well as a well oiled team,” said Andres.
Share this article: