Most U.S. beers to get calorie and ingredient labels 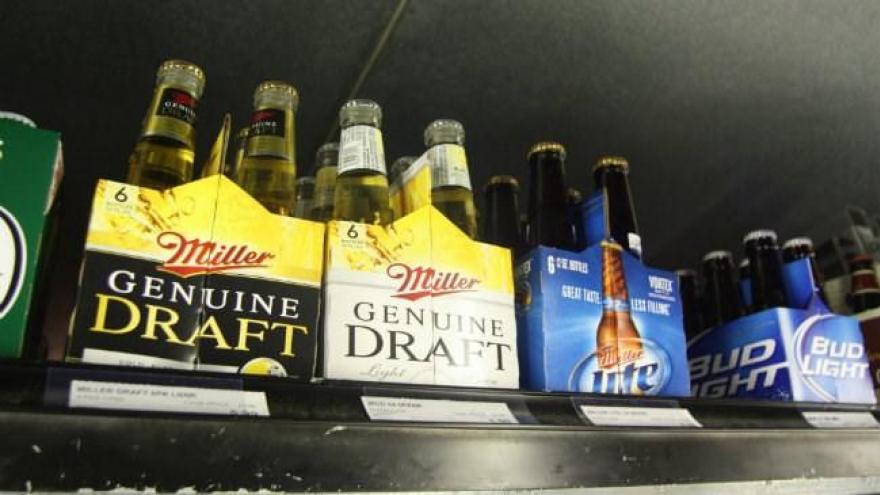 (CNN) -- The most popular alcoholic beverage in America is about to get all health-conscious: Most beer brewers are voluntarily including freshness dating, calories, nutritional details and an ingredients list on their labels. The goal for brewers and importers is to fasten new labels on all their cans and bottles by the end of 2020, said the Beer Institute. However, the new labels should begin appearing immediately.

Anheuser-Busch, MillerCoors, HeinekenUSA, Constellation Brands Beer Division, North American Breweries and the Craft Brew Alliance --- institute members, one and all --- have agreed to make the change. Combined, these companies produce more than 81% of the total volume of beer sold in the United States, the institute said in a statement.

"Some craft beers have as many calories as a hamburger or an ice cream cone," said Betsy Thurston, an Atlanta-area registered dietician who specializes in eating and weight concerns. "Why shouldn't we be entitled to know what we are consuming?"

According to Jim McGreevy, president and CEO of the Beer Institute, the initiative provides consumers with "meaningful information" that will "empower" their decision-making. In some cases, brewers may also provide a reference to a website or a QR code with added nutritional information. Some of the participating companies say they've already taken steps toward greater transparency.

"We are fully supportive of this initiative and already provide significant information about our beers at www.tapintoyourbeer.com," Anheuser-Busch said.

Thurston agrees "information is power" and added that "we are in the midst of an unprecedented health crisis with diabetes and obesity-related health problems in the last several years."

More than a third (78.6 million) of United States adults are obese, according to the Centers for Disease Control and Prevention, while 29.1 million people (about 9%) of the population have diabetes. A quarter of those with diabetes have not been diagnosed.

The combination of alcohol and diabetes can be particularly unhealthy. When you drink, the alcohol moves quickly into your bloodstream without being metabolized in the stomach. The average person requires about two hours to metabolize one drink; this work is done by the liver. Because your liver has to work to remove the alcohol from your blood instead of doing its main job of regulating your blood sugar, drinking alcohol can cause low blood-sugar levels for some diabetics. Symptoms include sleepiness, dizziness and disorientation -- dangerous, possibly lethal side effects for drinkers and, if they drive, for others as well.

The new labels are not likely to inspire those who love their liquid courage to abstain. Still, forced to confront a calorie count, some drinkers will probably think twice before having another. "I see only positives for the consumers," Thurston said.