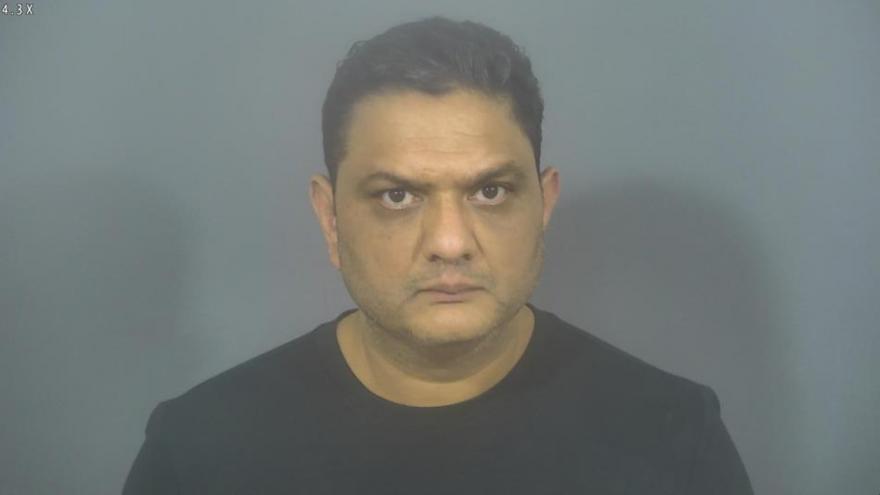 ST. JOSEPH COUNTY, Ind. – The manager of a Motel 6 was charged with public nudity following an incident at the motel on Thursday, according to the probable cause affidavit.

On Thursday, the Roseland Police Department was at the Motel 6 conducting routine patrols when a fire alarm went off and a large number of people exited the building.

A witness told an officer that the fire was in “Sam’s room” on the fourth floor, reports said.

Afterwards, employees told the officer Sam was back in the hotel smoking weed, reports said.

The officer found Muttreja and said he appeared intoxicated. He was detained.

Another employee showed the officer surveillance video from earlier in the day that showed Muttreja walking naked by the fourth floor elevator, according to reports.

Muttreja leaves the elevator and tries to get into the employee room, the video showed. The employee then covers him with a blanket.

Muttreja was charged with public nudity.

He bonded out of the St. Joseph County Jail on Saturday.

His hearing is set for May 27.