Mother of Elkhart shooting victim speaks out, city record of 16 homicides in 2016 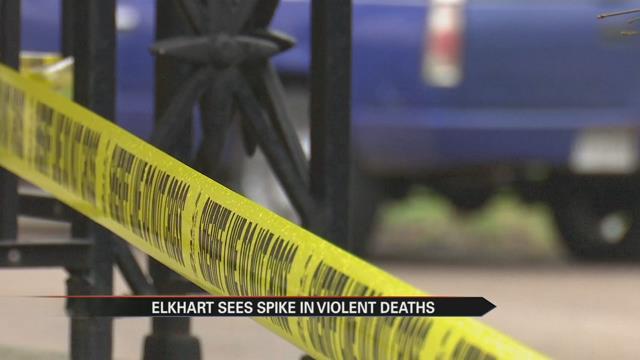 Indiana State Police and Elkhart Police say they have gathered the evidence of Sunday morning's shooting, and are now processing the information.

The names of the officers involved, should be released soon.

Sgt. Chris Snyder with the Elkhart Police Department says, both agencies have been working many hours, trying to put the pieces together.  They want to do it right.

"We want to be able to say, 'here's the statement we were given. Here's the evidence, and everything matches up, and this is what happened,"' Sgt. Snyder says. "So it's going to take some time."

It will be a wait for those details to be released. Details like how many guns were at the scene, and what role each of the four victims may have played in the shooting that left 29-year-old Norman Gary dead, and three others injured and in the hospital.

One of those victims, is 24-year-old Jazzlyn Crase. Her mother spoke off-cameras to ABC57, and says she's recovering, but traumatized.

She identified the red sedan seen being towed away from the scene Sunday night as Jazzlyn's car. The car she says Gary was driving.

Her mother added that Jazzlyn only had a bullet graze her shoulder, because she was slumped down in the seat.  She also shattered her femur.

This is the 16th homicide Elkhart city has had so far, this calendar year.  It's a spike from 2015, when there were just three.

"At least the vast majority of those were very targeted incidents. It wasn't random," he says.

Which makes it just a little bit harder for law enforcement to prevent, adds Sgt. Snyder.

"If I'm targeting a specific person or group of people, it's real hard for law enforcement to be able to prevent that, because we can't be with everybody every minute of the day," he explains.

With 123 police officers to serve and protect a population of just over 50,000, Snyder says, they can't be everywhere.

That's where the community comes in. They're encouraged to let police know if they hear or see anything.  The community's help can make a big difference.

"To come together as a community to look after our kids, so as they grow up, they know what that responsibility is, they know how to act as an adult, and they know what the consequences are," Sgt. Snyder says.  "I think over the years, it's gone away, and I think we need to get back to the basics."

Sgt. Snyder added that it;s difficult to pinpoint an exact cause of these violent deaths this year. But the Elkhart Police Department is confident that with more officers that they plan to hire net year, some of the crimes will be prevented.