Mother pleads not guilty to murder of 11-month-old 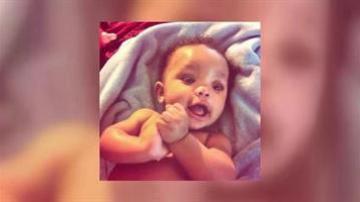 SOUTH BEND, Ind. -- The charges against Nyesha Crockett, mother of deceased 11-month old Micahyah Crockett, have been released. The 21-year old mother is being charged with battery, aggravated battery, neglect and murder.

She pleaded not guilty when arraigned Tuesday morning.

Police were called to a home in the 100 block of North Sadie Street at 11:16 p.m. August 30th. When emergency crews arrived, they found Micayah unresponsive.

He was rushed to the hospital and died September 1.

In it, she admits to abusing the infant, telling police that she was angry with the boy's father, Micahyah Greer, for going out with his friends.

The messages included, "Come get him before I hurt him," "okay think I won't." and "Good luck with everything and I hope you find your son," according to the affidavit.

Greer's phone was shut down and he never saw the messages.

When Greer didn't respond, Crockett told investigators she took a shirt and smothered Micahyah, then threw him down on the ground and kicked and hit him, according to the affidavit.

When the baby stopped crying, she began playing a game on her phone, reports said.

During the investigation, officers learned about 14-month-old Alaiyah Crockett, who was rushed to the hospital February 1, 2014 with injuries.

At the time, Crockett said she put Alaiyah down to sleep and left the room. When she returned a short time later, Alaiyah had accidentally wrapped a scarf around her neck and wasn't breathing.

Medical personnel believed her story was consistent with Alaiyah's injuries.

She suffered extensive brain injury and is in a vegetative state. Her prognosis is grim, according to the affidavit.

Because of this investigation, Crockett was asked about Alaiyah's injuries. She admitted her story was false and that she used a scarf to strangle Alaiyah until she stopped breathing. She told investigators she panicked and called 911 - according to the affidavit.

An autopsy for Micahyah Crockett is pending at this time.

Aliayah, is currently at an undisclosed facility as a ward of the state.

Crockett has been charged with battery for allegedly striking Alaiyah, murder in the death of Micahyah, aggravated battery and neglect of a dependent related to Micahyah's injuries.

She will be in court again on September 16.