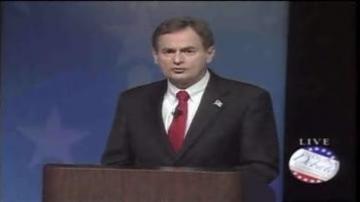 NEW ALBANY, Ind. -- The race for the senate in Indiana is gaining national attention following a comment made during Tuesday night's debate.

The candidates debated over everything from foreign policy and social security to healthcare.

An Indiana voter asked for each candidate's position on abortion.

"Even when life begins in that horrible situation of rape, it is something that God intended to happen," said Indiana Senate candidate Richard Mourdock.

Despite Indiana’s heavily Republican makeup, he's failed to pull ahead of Democratic candidate Joe Donnelly in the polls.

The Indiana race may decide which party controls the Senate.