Move Over violation leads to police pursuit and ends in crash, arrests 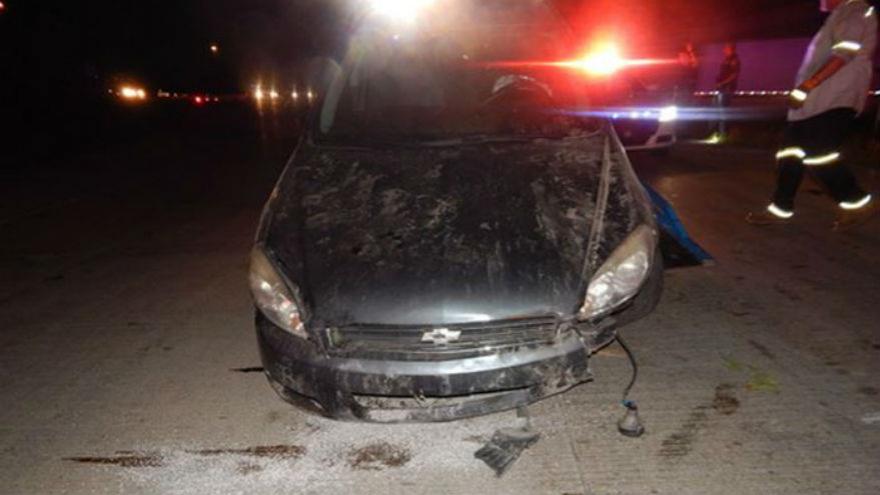 HAMMOMD, Ind. – Two juveniles were arrested on Saturday in Hammond, Indiana, after a Move Over violation became a police pursuit that ended in a crash, according to the Indiana State Police.

“Move Over” is a law enforcement project that involves six states. It requires drivers to “slow down or move over” when an officer vehicle is stationary.

On Saturday, a state trooper was walking back to his car on I-80/94 (east bound lanes) at the 1.8 mile marker after making a traffic stop when a Chevrolet Impala failed to slow down or move over when passing by.

The trooper then made a traffic stop on the Impala near Kennedy Avenue.

After having pulled over on the outside shoulder, the trooper approached the impala containing four individuals.

The Impala then sped off and hit the officer, leading to a pursuit. The trooper was not injured.

The Impala exited off to north bound Cline Avenue ramp and crashed into a ditch.

The individuals got out of the car and ran down east up the embankment and onto Cline south bound to east bound I-80/94 ramp.

They then began running east bound on I-80/94 before running south into a wooded brush area.

The trooper caught and arrested the driver by gun point, who was later identified as a 17-year-old juvenile from Markham, Illinois

A perimeter was then setup by police officers to locate the three remaining individuals who had fled.

One of the back seat occupants returned to the Impala as it was being towed and turned himself in.

This individual who returned to the car was not wearing his seat belt in the back seat and sustained injuries when he went flying into the seat in front of him when it crashed.

He was taken to North Lake Methodist Hospital in Gary for non-life threatening injuries and later released.

It was learned that the Impala was reported as stolen property in Roselle, Illinois, two weeks prior.

This vehicle was also involved in a separate pursuit in Illinois on Friday, July 26.

Both juveniles were taken to the Lake County Juvenile Detention Facility in Crown Point.

The 17 year old driver is charged with:

The 16 year-old was charged with: