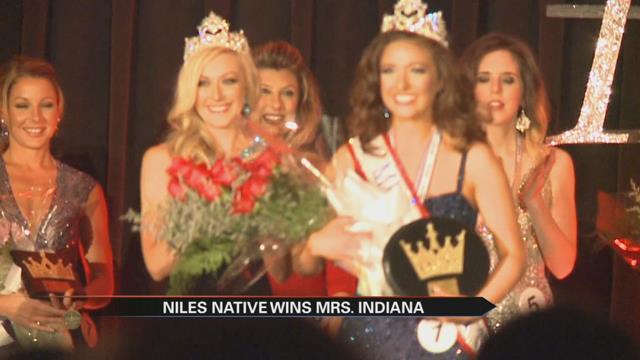 Mrs. Indiana has been crowned.

Skelton is originally from Niles, Michigan but now lives in West Lafayette.

She’s a Purdue graduate who says she’s thankful that this will allow her to give back to the Hoosier State.

"This is something that I've wanted for a very long time. I've always wanted to have a state title because I've fallen in love with Indiana and wanted to be able to give back to the state thats given so much to me,” said Mrs. Indiana, Zarah Skelton.

Now she’s preparing for Mrs. America which is in August and if she wins that competition, she will move on to Mrs. World.