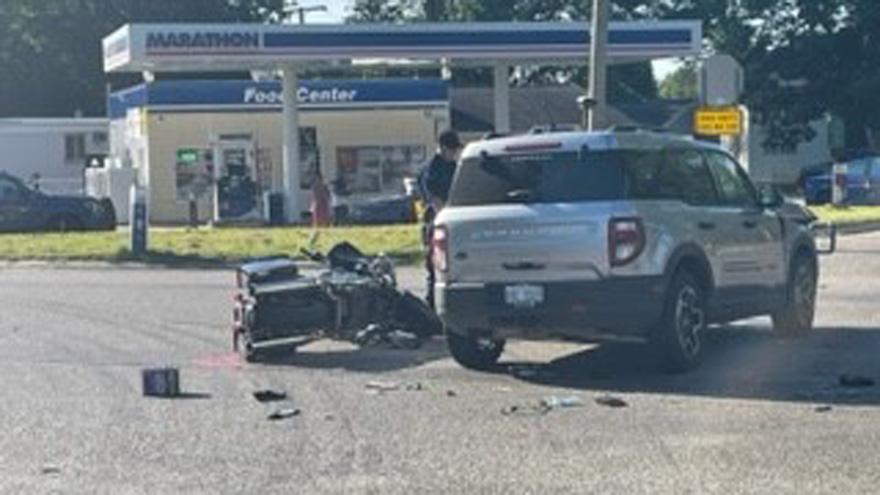 VAN BUREN COUNTY, Mich. -- Michigan State Police are on the scene of a fatal crash at M43 and CR 665 in Waverly Township.

Police said a Ford Bronco was attempting to make a left turn from CR 665 to M-43 when it struck a motorcyclist in the intersection.

Police said the Bronco did stop at the flashing light.

The motorcyclist, 49-year-old Matthew Perry, was pronounced dead at the scene.

The driver of the Bronco suffered minor injuries.

The intersection was closed until just before 1 p.m.