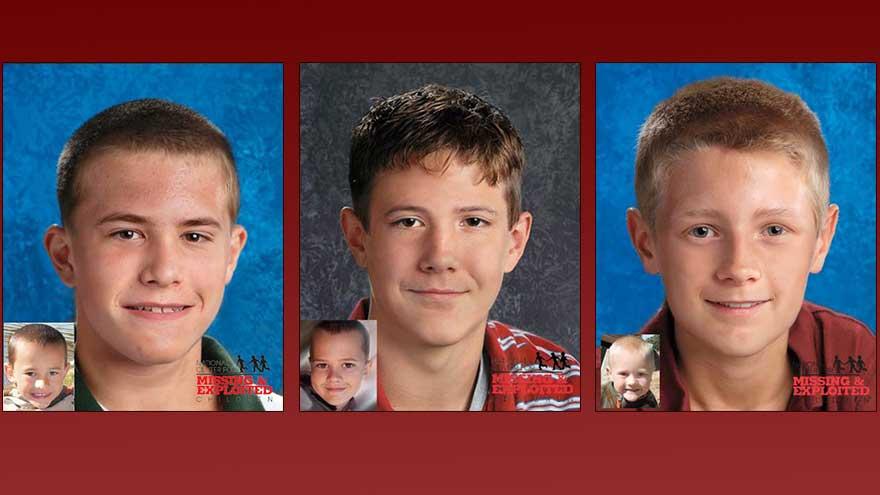 Michigan State Police are working with officials in Montana to determine if the skeletal remains of three children found in September could be the Skelton boys reported missing in 2010.

Alexander, Andrew and Tanner Skelton were reported missing from Lenawee County the day after Thanksgiving in 2010.

There is no known link between the boys and Montana and it is not known if the remains are of related siblings.

Police in Montana have requested additional testing on the remains which may provide additional answers.

When the boys disappeared, they were in the care of their father, John Skelton. He is currently serving a 10-15 years prison sentence for three counts of unlawful imprisonment. He claimed he gave the boys to unknown individuals.

Age-progression photos of the boys were released in November 2016. They have been posted with this story.

Click here for more information on the missing boys