Much of Michigan under high to extreme fire danger

NOW: Much of Michigan under high to extreme fire danger 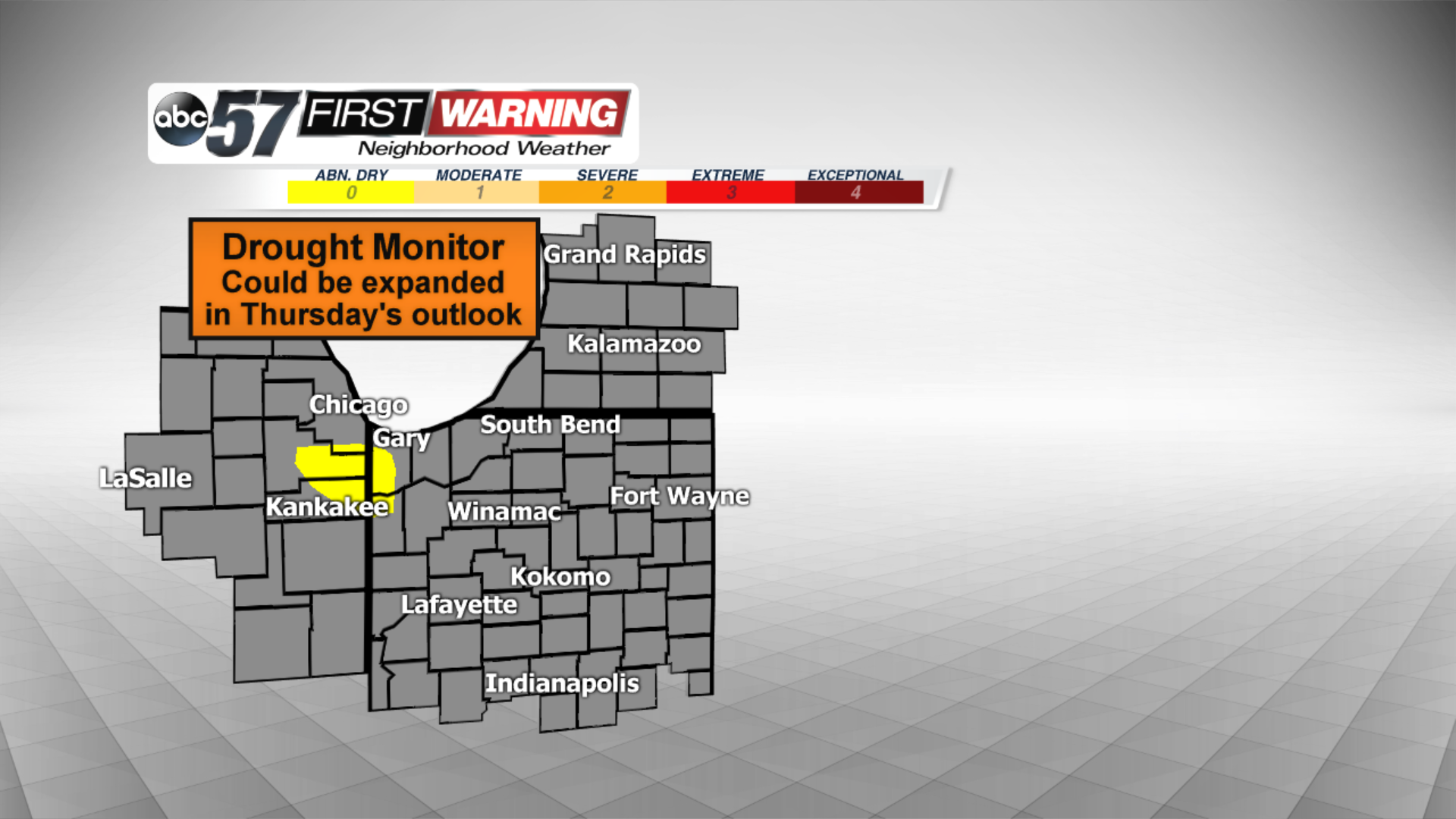 Current drought monitor
Even though the past few days have been pretty dry, we are currently not under any drought threat. However, Thursday's outlook could place us in the abnormally dry category.

In the past 18 days, 14 have been bone dry. The four days in which we recorded precipitation saw a total of just over nine-tenths of an inch, which is below what we should have seen during that stretch. In July alone, South Bend is about an inch below normal, and that will increase through the weekend as we stay dry. 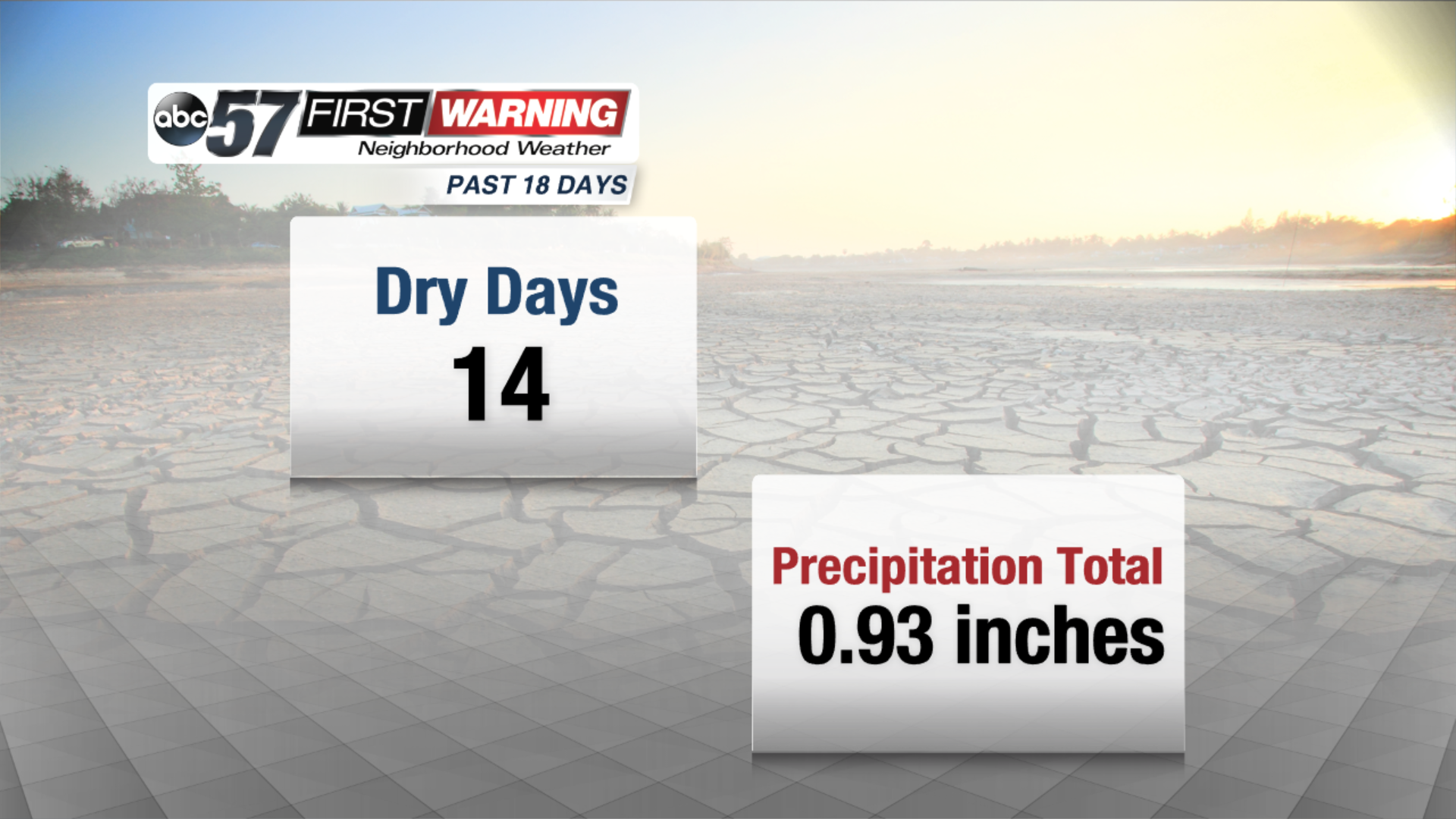 The lack of any precipitation through Friday night will put us at an 8-day stretch of completely dry weather since the airport officially stayed dry on Tuesday. That isn't an unheard of statistic, but dry stretches lasting eight days or more have happened only eight times since the beginning of 2015! 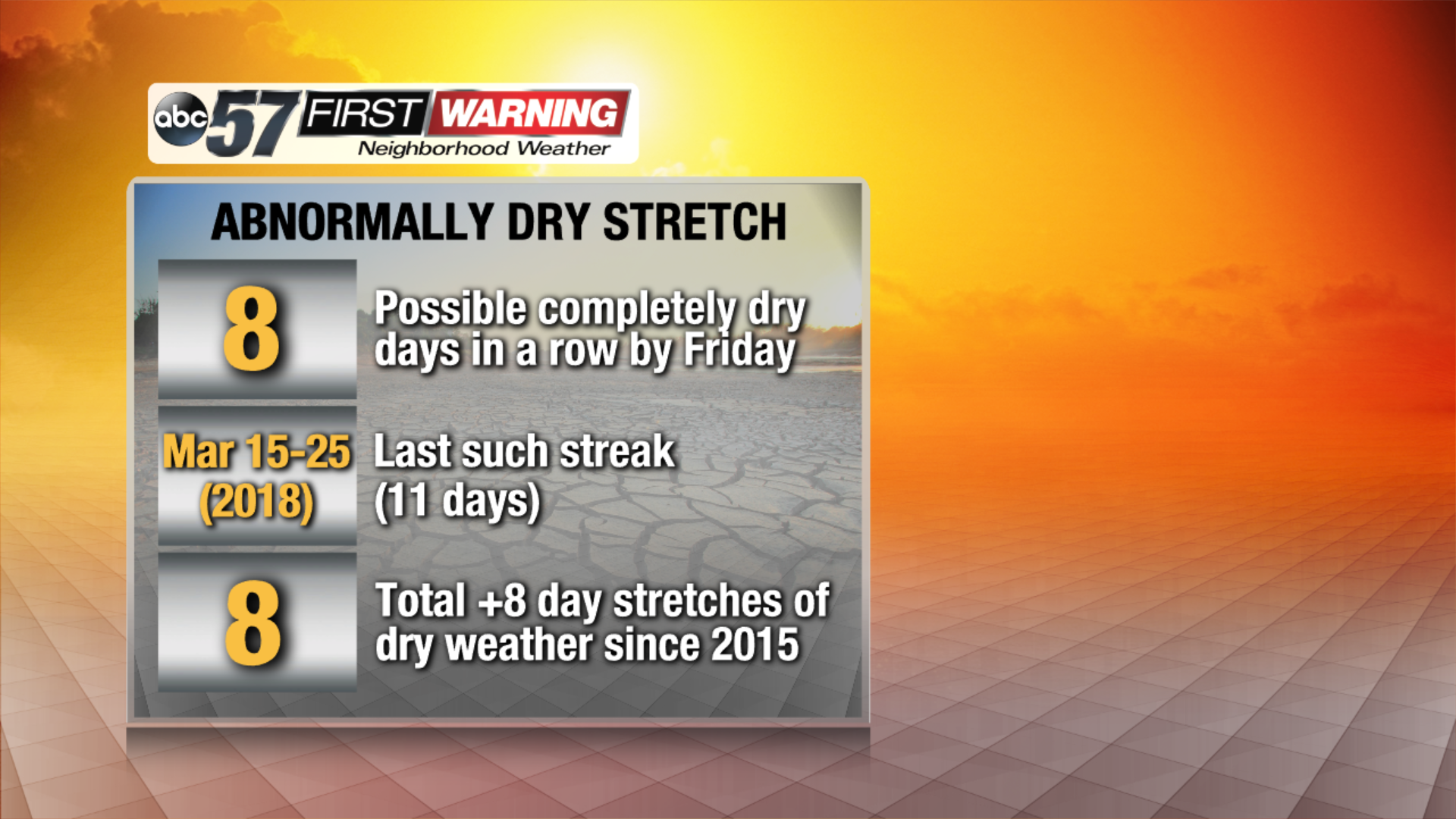 This dry stretch is pretty abnormal.
The abnormally dry weather has begun to affect not only people's lawns, but farmers and their crops as well. In addition, it has caused more than half of Michigan to be placed under a fire danger rating of high to even extreme. Many locations across the northern half of the state are under strict and complete burn bans due of the higher density of forests and dry fuels. It is equally as dry in parts of southern Michigan, but the forest density is not quite as high. To see what counties are under a burn ban, you can click here. By the time we get to Thursday or Friday, additional burn bans may go into place for locations like Grand Rapids, Lansing, Ann Arbor, and Detroit. 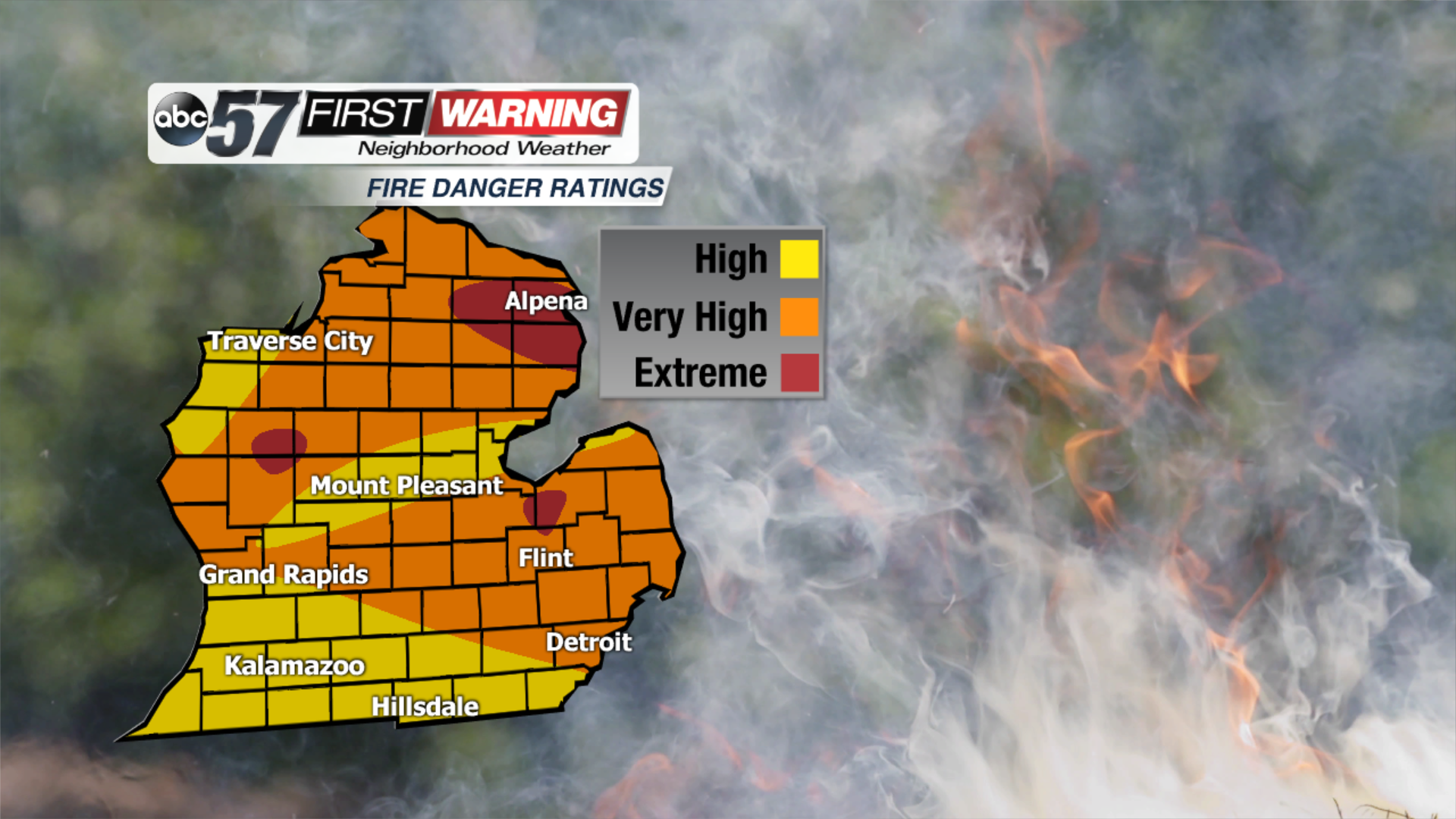 Much of Michigan is under fire danger ratings from high to extreme.
While the most significant and dangerous fire concerns are in Michigan, much of northern Indiana will also see an enhanced fire risk through at least Friday night. The upper levels of the soil will be dry, and fuels will continue to be very dry. This will lead to the potential for fires to spread quickly, in addition to fires starting much easier than they would under "normal" conditions. Stay with ABC 57 for any new information that may come out through the week regarding the effects of the very dry weather.
Share this article: