Muffet McGraw looking ahead to Saturday's game against UConn 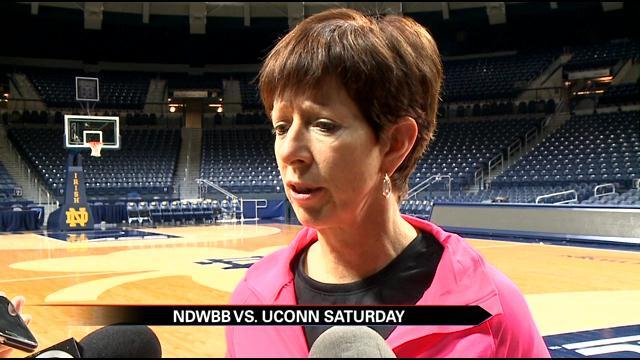 This weekend, the Notre Dame women's basketball team will play the University of Connecticut at home, making it a repeat of last year's national championship.

During the national championship game in April, UConn went on to beat the Irish by a score of 79-58.

Tip-off is set for 3:15 at Purcell Pavilion.