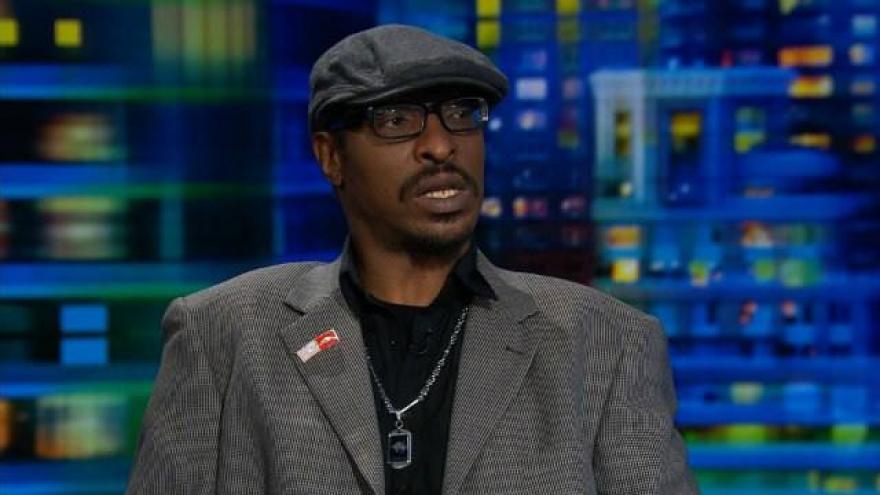 (CNN) -- The son of legendary boxer Muhammad Ali said he was detained by immigration officials at Ft. Lauderdale-Hollywood International Airport because he's a Muslim.

Muhammad Ali Jr., along with his mother, Khalilah Camacho-Ali were returning to Florida from Jamaica after speaking at a black history event. They were retrieving their bags at baggage claim, when an official pulled them aside.

The 44-year-old American citizen, who was born in Philadelphia added that the official asked for the origins of his name.

"He said, 'OK, now, what is your religion?' " Ali Jr. said. "And I said, 'Muslim, I'm a Muslim.' And I thought to myself, that's kind of odd. He asked about my religion, and I'm traveling back into the country from where I came from?"

Ali Jr. said the immigration official questioned him in separate room from his mother, Camacho-Ali for nearly two hours.

"They asked me, where was I born and what my religion was, where did I get the name from," Camacho-Ali said.

According to Camacho-Ali, she was released after she showed the official a photo of herself with her then ex-husband, Muhammad Ali.

"I figured, maybe if I show I'm really Muhammad Ali's ex-wife, they would believe me and make it less of a problem," she said.

Chris Mancini, the attorney for the family claimed the incident stemmed from President Donald Trump's executive order calling for a temporary travel ban on foreign nationals entering the country from seven Muslim-majority countries in the Middle East and Africa.

Critics accused the order of discriminating against Muslims, and it was rejected by a federal appeals court.

An ICE official said that Ali Jr. was detained so they could identify him and verify his passport. They declined to provide any additional details, but said that he was not detained because he is a Muslim or had an Arabic name.

Ali Jr. refuted the ICE statement, saying, "they didn't ask me nothing about my passport. They asked me, what religion was I? That's nothing to do with the passport."

"Do you believe there is a ban on Muslims?" Lemon asked, to which Ali Jr. replied, "Yes," and Camacho-Ali added, "I believe something's in place, whether they want to admit it or not."