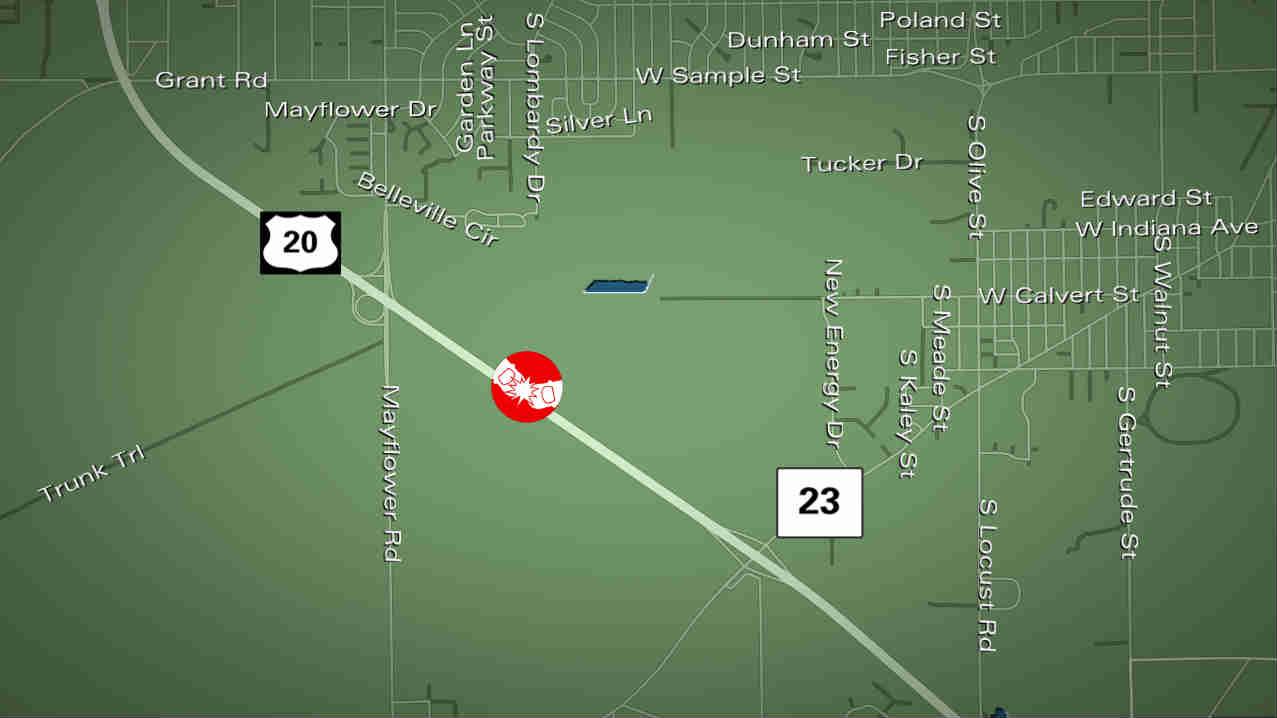 There was an accident on the US20/US31 bypass around 4:00 p.m. Thursday, according to South Bend Police.

The accident occurred just east of the 75 Mile Marker, near the Mayflower Road exit.

Traffic was at a stand-still for a short time, and was then diverted to State Road 23 until the scene was cleared.

Police say two people were transported to Memorial Hospital in South Bend for non-life threatening injuries, including the driver of the semi who was complaining of shoulder pain.

The scene began to clear around 5:00 p.m. and traffic was allowed to slowly start passing through.