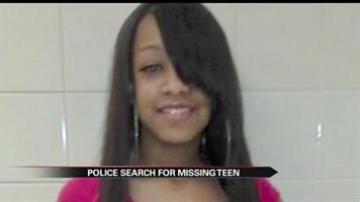 INDIANAPOLIS, Ind. -- Neighbors in Indianapolis are taking part in a frantic search to find the friend of slain teen Dominique Jackson.

Karensha Phelps was reported as a runaway over the weekend.

Phelps' mom says her daughter spoke with Jackson just days before her disappearance.

Police do not believe the two cases are related, but relatives of the girls are worried there's a connection.

"I just know that the bond that they have will not keep my daughter away like this unless something has happened and nobody is saying. Or she knows something we just don't know," said Crystal Collins, Phelps' mother.

Collins says Phelps has contacted her via phone to tell her she is alright, but is still waiting for her to return home.