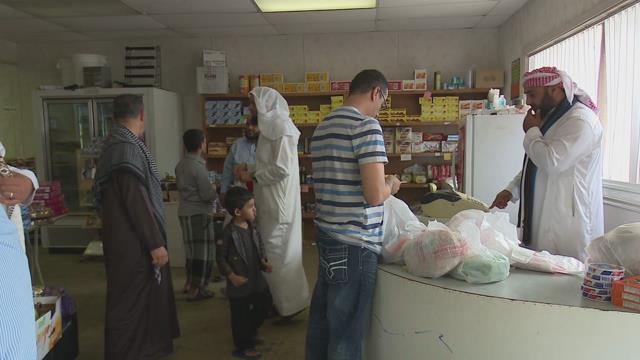 In a small, predominately Amish community in LaGrange County another religious group is starting to grow. In the 80 miles between South Bend and Angola is the only mosque located in Topeka.

There has been a growing Muslim presence in Topeka for about 15 years now. Many came for jobs in manufacturing and today there are close to 60 Muslim families in the town.

“I moved to Buffalo, New York but then I heard here are better jobs so I moved here,” says Ali Warth a Topeka Resident.

Warth is from Yemen and moved to Topeka for a manufacturing job 16 years ago.

He says his life has been peaceful in Topeka and it is like this small town has shielded them from racial tension.

Warth describes the diversity in the Muslim community saying the families come from a variety of countries in the Middle East and Africa.

“We do miss families back home but I think we are at home now,” says Warth.

Having a place to practice his religion and even a shop that opened about four years makes him feel a connection to his culture thousands of miles away from home.

The store is full of ethnic foods but Warth says it is not only that familiarity that has made the move easy.

The owners of the Topeka Pharmacy have owned their shop on Main Street for 30 years and have witnessed the Muslim community grow and become a part of Topeka.

“It can be an example of how people from different cultures and different countries can live in peace together and get along and be happy,” says Morag Miller, an owner Topeka Pharmacy.

Miller describes another reason Warth says he enjoys Topeka. He adds it is a great place for his kids.

“I hope for my children to be highly educated and help the community and the world,” says Warth.