My Sinatra comes to The Lerner Theatre 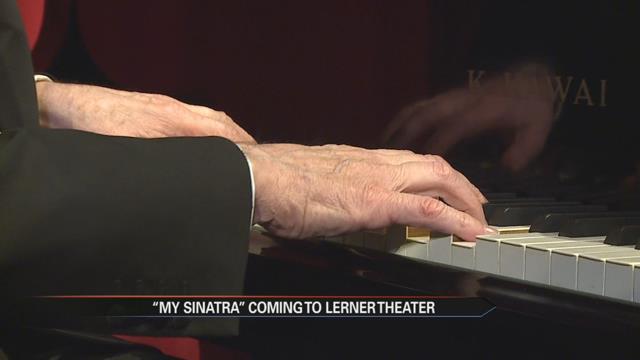 If you miss the days of Ol’ Blue Eyes or if you just enjoy great music, The Learner Theatre in Elkhart is the place to be this weekend.

On Saturday night, actor Cary Hoffman is bringing to life his PBS special about his love of Sinatra in My Sinatra.

In the one-man musical play Hoffman will be singing over a dozen classic Sinatra songs and telling the story of his lifelong idolization of the singer.

“I take them through things that happened in Frank Sinatra’s own life and a little bit of Cary Hoffman’s life. I hope that they’ll feel great, I hope it takes them back to a time that they were really, really happy and a time maybe when they first fell in love,” said Hoffman.

Hoffman's voiced has long been praised for its likeness to Sinatra's.

“When I go on stage and I sing these songs I see some of the people close their eyes and grab the hand of their couple and it brings these people back to the time where they first heard Frank Sinatra in the late 40’s, early 50’s. That’s when I first fell in love with Sinatra and it’s so nice to see how it affects them,” said Hoffman.

The Jazz Band from the Elkhart County Symphony Orchestra will appear with Hoffman for this concert.