MyPillow CEO Mike Lindell has been banned from Twitter 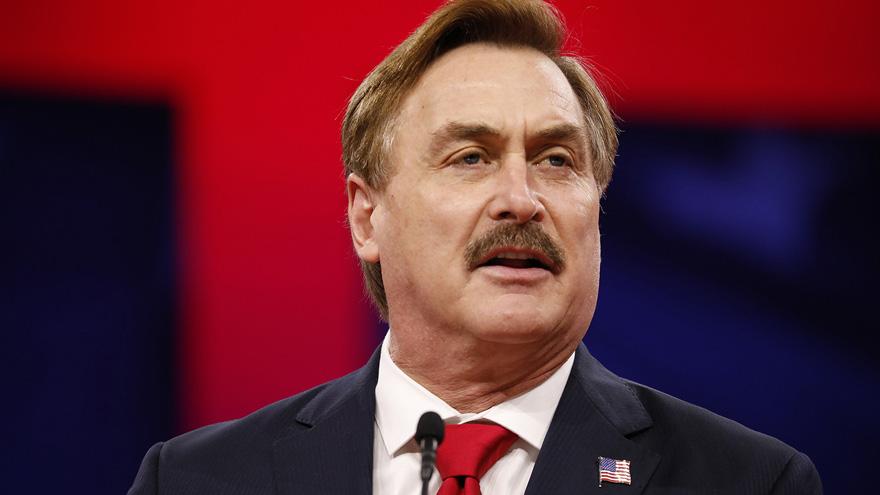 (CNN) -- Mike Lindell, the CEO of MyPillow, was banned from Twitter Monday night, according to a Twitter spokesperson.

Twitter made its decision based on a new policy it enacted after the Capitol insurrection whereby people who repeatedly share election misinformation can be permanently banned.

"The account you referenced has been permanently suspended due to repeated violations of our Civic Integrity Policy," the spokesperson told CNN.

It is not immediately clear which tweets lead to Lindell's ban.

Bed Bath & Beyond stopped selling MyPillow products after Lindell voiced continued support for former President Donald Trump in the wake of the January 6 insurrection and voicing false statements publicly about the validity of the election. Lindell, a major Republican donor, called the attack "very peaceful" and blamed "undercover antifa that dressed as Trump people" for the chaos, according to The New York Times. "Donald Trump will be our president for the next four years," he said earlier this month.

The same Twitterpolicy caused Rep. Marjorie Taylor Greene to be locked out of her account for 12 hours two weeks ago.

According to that policy, the more violations a person commits, the more severe the ban. Two strikes result in a 12-hour lock, for example, while five or more strikes can result in what the company calls a "permanent suspension."

"You may not use Twitter's services for the purpose of manipulating or interfering in elections or other civic processes," Twitter said of its civic integrity policy in January. Civic processes include: political elections, censuses and major referenda and ballot initiatives.

"After close review of recent Tweets from the @realDonaldTrump account and the context around them we have permanently suspended the account due to the risk of further incitement of violence," Twitter said.

"In the context of horrific events this week, we made it clear on Wednesday that additional violations of the Twitter Rules would potentially result in this very course of action."

Twitter's decision followed two tweets by Trump that violated the company's policy against glorification of violence, Twitter said, and "these two Tweets must be read in the context of broader events in the country and the ways in which the President's statements can be mobilized by different audiences, including to incite violence, as well as in the context of the pattern of behavior from this account in recent weeks."