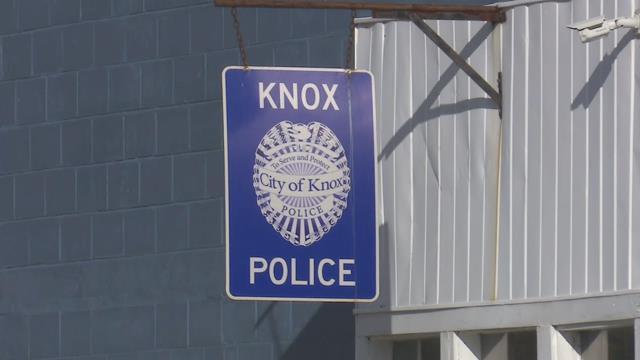 Shots fired by police, after a man tried to run them over, when they tried to arrest him on three warrants.  Indiana State Police are investigating exactly what happened in Knox on December 21.

The warrants were for Failure to Appear for Dealing Methamphetamine, Possession of Methamphetamine, and Parole Violation.  The victim, 46-year-old William Newman, had a history of trying to evade police. In 2013, he was convicted of resisting law enforcement in Marshall County.

According to records, Newman had been in trouble for drugs before.

It was a simple routine event for Knox Police and Starke County Deputies, who went to arrest Newman on December 21, when things took a dangerous turn.  According to police, Newman almost ran down an officer, when shots were fired.  He later died in the hospital from his wounds.

"They're on paid administrative leave, pending the state police's investigation on whether the shooting was justifiable," says Estok.

He adds, it was a difficult scenario.

"It was not a good situation out there," adds Estok. "But our police department was in jeopardy and they were there to do a job, and I think everybody understands that."

The Knox Police Department is already small. With just seven full time officers to serve a city of 3,600.

Officers are readjusting shift schedules, and implementing the use of part-time officers ,to keep the city protected while the investigation continues.

But Estok is confident they acted according to the situation.  But regardless of the outcome, this is a lesson to them all.

"I think it opened our eyes a little bit, so I know they're probably going to do more training on all of this," he says. "When something like this happens, and like I said this is the first time we've had an officer get in this situation, so it's an eye opener.  And we'll learn from this."

There is no timeline on when the investigation will be complete. According to ISP, detectives are still gathering evidence and interviewing witnesses.