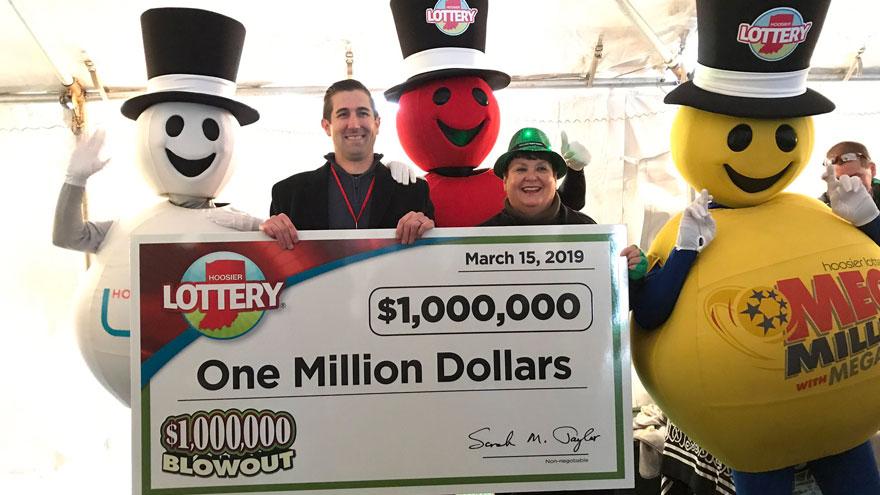 Anthony Rose of Nappanee was one of five finalists who won $500 and an entry into the $1 million drawing.

The drawing was held during the St. Patrick's Day Cleebration Parade and Tent Party in Indianapolis on Sunday.

The other finalists were identified as Lisa Marie of Elkhart, Brian Lonergan of Spencerville, Luke Townsend of West Lafayette and Charles Otis of Fort Wayne.

To qualify for the second chance drawing, contestants had to submit non-winning $30 $1,000,000 Blowout scratch-offs online.

Rose wasn't prepared to be the big winner, he said.

"I was prepared to congratulate one of the other finalists," Rose said, according to a press release from the Hoosier Lottery.

He called his wife, who was at home during the drawing.

"She was crying, and she started to make me cry," Rose said.

Entries for the next 2Chance drawing must be received by June 30.