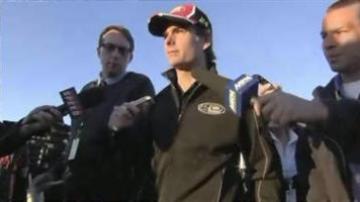 PHOENIX, Ariz. -- It's the brawl everyone is still talking about.

“I've just had it, you know?” said Gordon. “Clint's run into me numerous times, wrecked me. Fed up with it and got him back."

"It’s pretty embarrassing for a four-time champion and what I consider one of the best this sport's ever seen to act like that,” said Bowyer. “It's just completely ridiculous."

The crowd loved the scuffle and erupted in cheers. Jeff Gordon was fined $100,000, docked points and placed on probation.