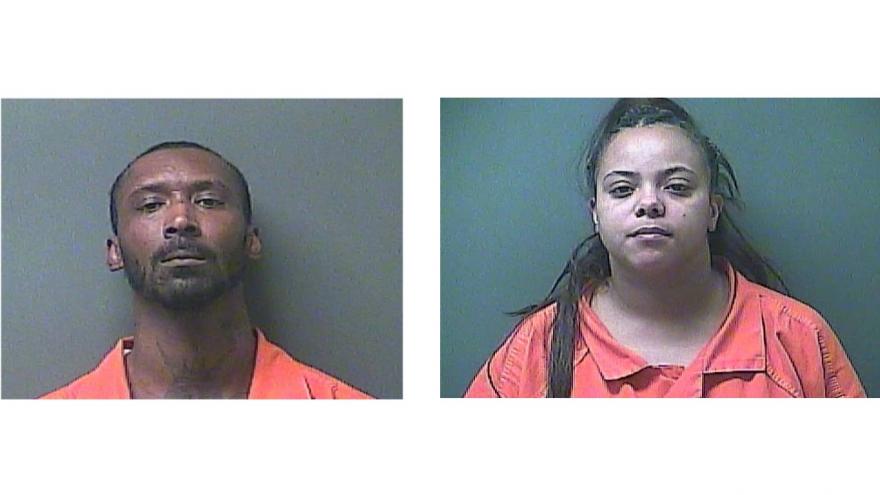 At 1:45 a.m., a deputy was stopped at the intersection of U.S. 30 ad Old U.S. 30 when he noticed an equipment violation on the back of a vehicle passing him, police said.

The deputy initiated a traffic stop on the vehicle in the 6300 west block of U.S. 30.

The driver and front seat passenger of the vehicle, identified as 27-year-old Angela Gaines and 37-year-old Paul Hargrove, both from Ainsworth, Nebraska, each had suspended driver’s licenses, reports said.

The deputy established probable cause that criminal activity was occurring, police said.

Another deputy arrived on scene to assist and Gaines and Hargrove were removed from the vehicle before a deputy searched the vehicle.

Both Gaines and Hargrove were taken to the La Porte County Jail.

Gaines is being held on a $20,005 cash-only bond and faces the following charges, police said:

Hargrove is being held on a $25,005 cash-only bond and faces the following charges, police said: